How we lost Alex 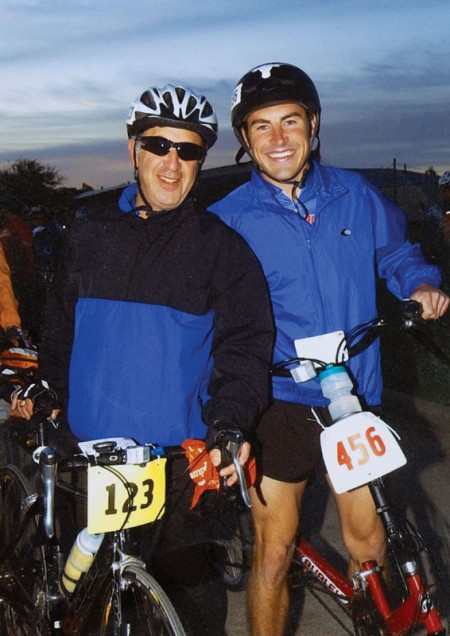 Alexander Meyerson was athletically gifted, adept in most any sport. He was well read, a thinker, and loved working with kids. He graduated from Memorial High School in 2002 and The University of Texas at Austin, and then became a teacher at Sharpstown High School. He started a new job this summer as director of a YMCA athletic camp.

But Alexander lived with a perilous secret – his family and friends didn’t know, but he had been diagnosed in recent years with bipolar disorder. He took his own life in June. He was 30.

“He was my everything, my best friend, my protector,” said his sister Jennifer Martin, an art teacher in Baytown who says she constantly worried about the torment her older brother endured. “I saw the depression, and I saw the pain and suffering, and he even talked about wanting to take his own life. I would just tell him it wasn’t an option.”

“In the last couple of years it became obvious there was something wrong. We can’t force a grown man to take medication or get a job. And we just tried to support him without just handing money,” she said.

“He had so many things running through his head. As close as we were, I would see episodes, and I would say this is just how he is. It wasn’t like I was naive. We considered his thoughts and feelings, but he never admitted he was bipolar.”

Bipolar disorder is a chronic mental illness that results in unusual and dramatic shifts from the lows of depression to the highs of mania. Cycles of manic and depressive moods may follow an irregular pattern that can last from one day to months and differs from typical ups and downs. Experts say the incidence of suicide is painfully high.

Jerry Meyerson said his son was the sweetest kid who had the “best” smile. The two were outdoorsmen who liked to go on fly-fishing and camping trips together. Alex joined his dad a couple of times for the BP MS 150 bike ride. It was in the last few years that his father witnessed an agonizing progression of change.

“He would do things and say things that I thought were strange,” said Jerry. “He went to California for about six months. I would ask him where he was staying and he would say, ‘I found a place I could hide my backpack in the woods.’ Sometimes I could talk to him; other times you couldn’t bother him.”

Marjorie Kosoy is a psychologist and bereavement counselor at Bellaire’s Redbird Center. She says there is a need to educate people about the illness. She pointed to the high-energy actor Robin Williams, reported to be bipolar, who committed suicide.

“Robin Williams’ bipolar was so obvious you couldn’t miss it. With other people it is not as obvious. Sometimes people with mania have higher levels of energy and just get a lot of stuff done. Unless you know the person’s usual personality you might not recognize it until they are showing some manic behavior.”

Kosoy says signs usually emerge during the teenage years and that the primary symptoms to look for are behavioral. She says a kid who is even-keeled might suddenly display erratic mood swings. She said people with bipolar disorder also are more inclined to abuse drugs. But they can lead happy lives if they manage the disease.

“Depending on the severity of the disorder, it is likely a person would have to be on medication,” said Jennifer Strich, a counselor with Depression and Bipolar Support Alliance Greater Houston, which facilitates 70 local support groups. “Bipolar disorder cannot be cured, but it can be managed.”

She encourages talk therapy to instill coping skills and says the key is to identify a person’s triggers that lead to symptoms like changes in sleep or eating habits. Triggers vary, but they range from not getting enough sleep to job loss, an argument or the loss of someone.

Alex’s brother, Zack, who works at a Tyler TV station, says his brother taught him a lot about the world. “Anytime I had a question, from math to girls, he always had the answer. Alexander was going to be my best man at my wedding next May.”

Alex’s dad and mom, Hyla Martin, now must deal with what Jerry calls “the daily ambush.”

“I will hear something or smell something that reminds me of him. I was driving, and I just started crying because I remembered something we did. I get a lot of ambushes, and I get very angry that he’s not here,” said Jerry, who is coping with the help of counseling.

“The message I want to share is that people [need to] know the symptoms. I don’t know when the clock started ticking on Alex. But had I known I probably would have been more responsive to his needs and his conversations.”

The following information is from the Depression and Bipolar Support Alliance Greater Houston: www.dbsahouston.org

What you need to know:

What you can say that may be helpful:

The following information is from the National Institute of Mental Health

People with bipolar disorder experience unusually intense emotional states that occur in distinct periods called “mood episodes.” Each mood episode represents a drastic change from a person’s usual mood and behavior. An overly joyful or overexcited state is called a manic episode, and an extremely sad or hopeless state is called a depressive episode. Sometimes, a mood episode includes symptoms of both mania and depression. This is called a mixed state. People with bipolar disorder also may be explosive and irritable during a mood episode. Extreme changes in energy, activity, sleep and behavior go along with these changes in mood.

To help a friend or relative, you can:

How can I help myself if I have bipolar disorder?