Parent groups for the college years 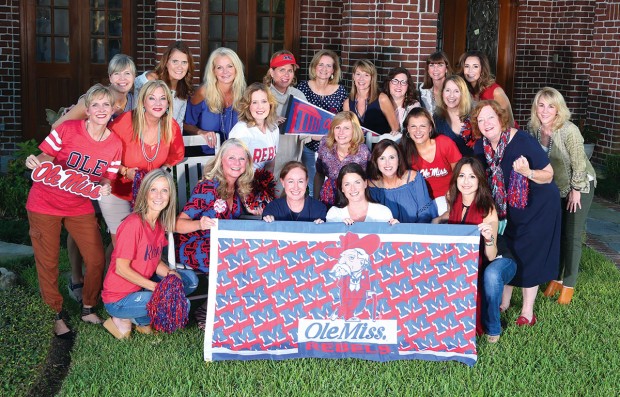 When a routine back-to-college drive from West University Place to Oxford, Miss., this August turned out to be anything but, Joni Hruska Fichter jumped into action.

A ride that should have clocked in at nine hours turned into an eventual 39 excruciating ones, including a 27-hour standstill, when she and daughter Kylie got stuck on I-12 during the Baton Rouge flooding.

With her usual can-do spirit, the outgoing Fichter walked a few miles off of the freeway to gather anything she could to eat (candy and soda was all that was left at the lone convenience store), made new friends in the massive traffic jam – and alerted other Ole Miss families making the same trek to chart a new course.

Fichter was able to do the latter quickly via an email distribution list and Facebook page dedicated to Houston-area parents of Ole Miss students, called Hotty Toddy Mamas. Because of her posts, many Ole Miss families were able to skip getting stranded on the road. “Sharing knowledge is a part of our story,” says Fichter, who started the group when Kylie was a freshman. “We got tons of responses from people in the group and people were able to re-route – we were our very own Waze [traffic app]!”

Traveling from Houston to their children’s college towns is a tie that binds local parents. Seven hundred sixty-two miles. That’s the length between Stephanie Tsuru’s home in Memorial and the University of Georgia. Back in 2010, when Tsuru’s eldest daughter, Kylee, left for college, the campus seemed exceptionally far away. Tsuru needed a way to shorten the gap.

Her solution? She created Mama and Papa Dawgs, a social group for parents of students who attend the University of Georgia. They communicate via a large email list, which Tsuru likens to an “informal electronic bulletin board.”

“Despite the fact that my children are innately independent, Georgia is still many states away,” says Tsuru, a community volunteer and philanthropist. “It was a bit of insecurity on my part, combined with a need to somehow stay connected that prompted my search for a parents’ organization. The distance was definitely the defining factor.”

Thanks in part to the parents’ group, Mom survived the separation, and Kylee graduated four years later, with degrees in English and public relations, and is now a graduate student in journalism at Columbia University. Then it was younger sister Bailey’s turn in Athens, Georgia. She is on track to graduate in 2017 with a degree in education.

All the years as a UGA parent have provided Tsuru and husband Frank with a wealth of experience to share with families of incoming students.

“After I was unable to locate an existing group, I simply sat down at the computer one day, and started my search for other UGA parents by emailing my idea to the few families I knew had kids attending there,” she recalls. “Before long my inbox was full of positive responses and enthusiasm for the idea.”

But first she needed a name for the club, which she decided should play off of the school’s canine mascot. “TCU had a group called Froggie Moms, but I didn’t think Doggie Moms would entice many members,” says Tsuru, laughing. “My children call me Mama, so I went with Mama Dawgs. The dads were feeling excluded, so now we are officially the Mama and Papa Dawgs.”

Tsuru says the group is both social and helpful. “If someone was searching for football tickets or had tickets they couldn’t use, we let people know,” she says. “If someone was going to visit, a goodie bag or winter coat can be transported – I’ve even delivered a passport to a kid!”
Tsuru says about 70 Houston-area families have students attending UGA, and all are welcome in the group, which hosts social events in town throughout the year.

She inspired her friend Fichter to create the group for the University of Mississippi in 2013. “At Ole Miss you say, ‘Hotty Toddy,’ to everyone – it’s sort of like ‘Aloha’ and it means, ‘Hello, goodbye, have a nice day,’” says Fichter, owner of Career Placement and a community volunteer. “So it just seemed like the natural thing to call the group Hotty Toddy Mamas.”

Fichter says that the Hotty Toddy Mamas draws from the Greater Houston area and has 100 members and is growing. “We started as really a social-networking group but have grown to much more and have become friends and extended family. In addition to our Moms Nights Out, we assist with the Freshmen Summer Send-Off in August that is sponsored by UM … and now have a Facebook page thanks to Andy, an incoming mom.”

For her part, Andy Blitzer, of Bellaire, whose daughter Greer is a freshman, says,  “This group has made a world of difference when your child is going out of state. They are the most welcoming people.” Blitzer, who is an account manager at The Buzz Magazines, says that the Hotty Toddy Mamas private Facebook group pairs parent’s questions with answers. “For example, people can ask if someone has space in their U-Haul to take a piece of furniture up to their student or perhaps they need a ride driving up to Oxford.”

Another group with an active Facebook page is the long-running Texas Parents Association at The University of Texas at Austin, which, among other things, organizes student orientation and parents weekend. At least one Buzz-area freshman found his well-matched, out-of-state roommate through the page.

Conversations range from the best way to score game-day tickets to how to navigate state-school bureaucracy. Sometimes the Facebook page becomes a sounding board for parents who are sad about having an empty nest at home. One parent even posted about her son being hit by a car in Austin, and the result was overwhelming, with fellow Texas parents rallying around the stricken student’s family and, later, celebrating when he recovered and returned to school.

Bellaire resident Lee Kaplan is a member of the Texas Christian University Froggie Mommies. She joined when her daughter Mallory, now a senior, was a freshman.

“It is nerve-wracking for all of us to send our children off to college,” says Kaplan, a realtor with Greenwood King Properties. “We all have the same questions and concerns. Personally I have met so many great Houston moms and enjoy getting together with them at Parents Weekend and home football games.

“The first meeting was wonderful! Friendly moms who welcomed us to the group were so helpful to share tips, information to make our daughter’s move-in and transition seamless. They gave us a members’ directory and a TCU/Fort Worth resource directory, which have been extremely useful as well.” 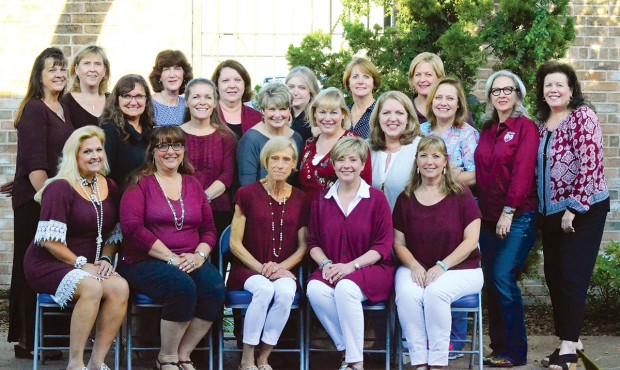 Popular annual events in Houston include a send off-party in August, a Final Exam Survival Kit Packing in December and an End of Year social in May to welcome incoming freshman moms. And it is not just the parents who have taken note. Representatives from TCU have come down to Houston to attend the functions. “This past spring, Chancellor Victor Boschini attended our spring social,” says Kaplan. “It was a wonderful opportunity for parents to meet the chancellor in person and to ask questions one on one in a relaxed environment.”

One local group that has withstood the test of time is the Houston A&M University Mothers’ Club. In 2017, the club will turn 90 years old. Tanglewood-area resident Michelle Maresh is the club’s executive committee board parliamentarian.

Maresh notes that admission to the school required all students to participate in military training. “The club started because one mother’s concern about the poor quality of life on campus and the need for ties to home to ensure happy and successful cadets,” says Maresh, whose son Cameron is a junior at A&M. “Ninety years later and 400-plus members strong, we provide that and so much more.” The close-knit organization has grown into a powerhouse which raises $300,000 annually for scholarships and donations to TAMU.

The club also provides something that was of particular interest to Maresh, who is a graduate of another in-state rival school: “to have a chance to learn the traditions of Texas A&M University.”

“I am an avid Texas Longhorn and thought for 18 years that Cameron would also be a Longhorn,” says Maresh, now a proud Aggie mom.

Maresh says the students enjoy the group as much as the moms do. “They love it!” she says. “During Christmas and summer we have mother-child events such as bowling and dinner. And, we have a Facebook page [Houston Aggie Moms] that has become our communication network. Last year I brought Memorial resident Rachel Coker four dress options for a formal and a pair of boots that she desperately needed!”

Fichter, the mom from Ole Miss, says, “Why should our kids have all the fun? When someone needs a doctor or a dentist, we find that information for them. When people need to buy or sell dorm furniture, we connect them. While we initially started as a social group to get together and know one another, the group has become so much more.”

Especially when roads to Oxford need a little re-routing, and Fichter is on duty.