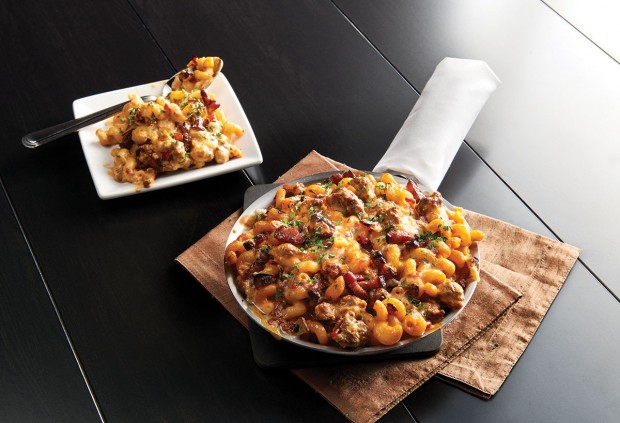 Find out about your favorite chefs in our Chef’s Corner column.

Toques are picky about where to dine out because running a kitchen is a 12-hour job, six days a week, and so when these culinary artists can spare an hour or two to savor someone else’s cooking, it better be worth their time.

To kick off 2018, Chef’s Corner has deviated from its usual one-on-one Q&A profile to focus instead on new restaurants that chefs are trying out these days and the soon-to-open places they are penciling in on their must-visit list.

One of the most anticipated openings is star-chef Nobu Matsuhisa’s Nobu, slated to open sometime in March near Saks Fifth Avenue in The Galleria.

Mastro’s Steakhouse (1540 W. Loop South) quietly opened for dinner on Dec. 9. The high-end  concept was purchased by Tilman Fertitta’s Landry’s Inc. in 2007, and locations include Chicago, Beverly Hills, Las Vegas, Scottsdale and Manhattan. The 10,000-square-foot Houston venue is the first for Texas.

North of downtown, James Beard Award alumnus Justin Yu is reinventing himself with Theodore Rex (1302 Nance), which replaced his shuttered Oxheart. While the farm-to-table philosophy remains, the expensive tasting menu has been replaced by an affordable, small plate-driven à la carte menu.

“Justin named the restaurant for this nephew,” said Hugo’s and Backstreet pastry chef Ruben Ortega. “The food looks fun. I’m looking forward to trying it. I need to make time, but I have been to his new place in the Heights: Better Luck Tomorrow (544 Yale). It’s a cute bar, lots of fun, and the food is really good, like the Not A Pizza with burrata, onions and anchovy-garlic.”

Also in the Heights, Claire Smith has rebranded Shade as stylish Alice Blue (250 W. 19th), a modern bistro with talented Kent Domas at the kitchen’s helm.

Ortega also recommended Emmaline (3210 W Dallas St.), a New American space once occupied by the iconic Teala’s. “Sure, it’s competition for Backstreet,” he said with a grin. “Still, the chef, Dimitri Voutsinas, is doing really good things. He was with Bar Boulud and La Gamelle in New York.”

When we caught up with Master Chef of France Philippe Schmit, he went on and on about his former pastry chef Jose Hernandez. “He’s now the executive chef at Lucienne in the Hotel Alessandra (1070 Dallas). I spent two hours visiting with him and looking at everything. It’s going to be fantastic. To start with, he probably has the most beautiful china in Houston.”

Although Hernandez started in pastry as a teenager, he has successfully mastered savory dishes in the last decade, Schmit said. At Lucienne, the Mexico City native has crafted a thoughtful and elegant Mediterranean menu.

Another former wingman, Manuel Pucha, who impressed food critics with his French cooking at La Table, has opened Maison Pucha (1001 Studewood). “They opened the week of Thanksgiving, quietly and slowly,” Schmit said. “It has all the elements of a successful restaurant. You have great food and a great team.”

Brother Victor Pucha is a talented French-trained pastry chef. “But the one who will surprise Houstonians is his brother, Cristian, a talented sommelier and an amazingly gifted mixologist,” Schmit said. “He’s a very hard worker.”

What makes Maison Pucha unique is the brothers’ Ecuadorian heritage, Schmit said. For example, they bring in chocolate from Ecuador, and other “little touches from their roots” give their French food a fresh, wayward bent. “It differentiates them from other French restaurants,” Schmit said.