The History of Galveston Mardi Gras 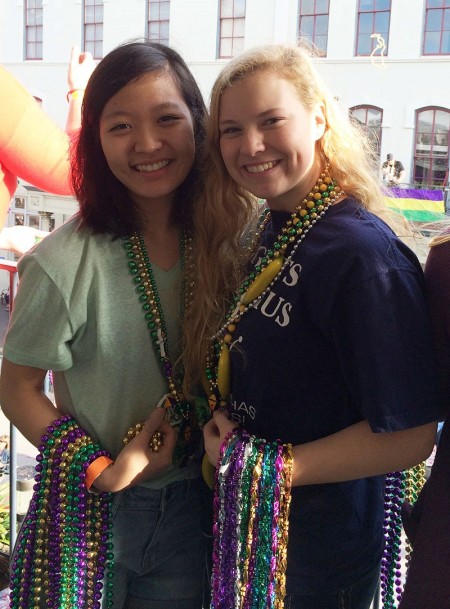 You’ve probably heard of Mardi Gras in some capacity, whether it’s in relation to your religion, beads or even king cake. Mardi Gras, otherwise known as Fat Tuesday, is the last party before Lent begins on Ash Wednesday, and is traditionally celebrated by Christians. While most of us associate Mardi Gras with New Orleans, which hosts the biggest Mardi Gras celebration in the United States every spring, what many people don’t know is that the second biggest Mardi Gras party in the country is right in our backyard, in Galveston!

Galveston hosted its first Mardi Gras in 1867. In Galveston, there are multiple “Krewes” (or groups/clubs) that host large Mardi Gras parties and parades. The biggest parade, held on the night of Mardi Gras, is put on by the oldest krewe in Galveston (said to have been around since 1871), the Knights of Momus. KOM hosts a royal ball each year, and crowns a king as well as a queen, picked from about 20 or so “duchesses,” who are young women from Houston and Galveston whose fathers are members of KOM. Each year, there is a different theme. This year’s theme is Momus Proclaims Galveston: Queen City of the Gulf.

Although Mardi Gras in Galveston stopped during World War II, the festivities were restarted in the '80s. Today, people come from all across Texas (and even the country) to attend Mardi Gras in Galveston, which is known for its glamour and glitz. In addition to the big parade on the Saturday before Fat Tuesday put on by Knights of Momus, there are also lots of other parades that same weekend and the weekend before, including the parade of Barkus and Meoux, where pets walk through their own Mardi Gras parade.

This year’s Knights of Momus Grand Night Parade will be held on Feb. 10, 2018, on the Strand in Galveston. The parade will begin at 6:30 p.m. and will end at the Railroad Museum. You can buy tickets online that will let you enter the Strand to catch beads from the balconies above. If you’re a member of a Krewe or are lucky enough to know someone on a balcony, you still have to buy tickets to enter the Strand before you can go up to your balcony, where you’ll need extra ID or tickets. See more details and get your tickets here.