The quiet before the Stan 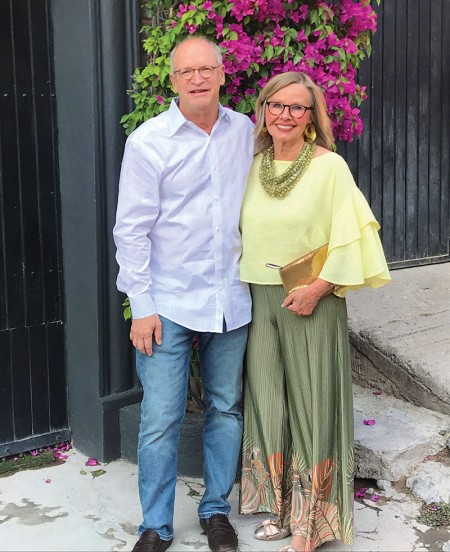 Last month in this geriatric love saga, I told you about my five-year marriage to George, who passed away. It would take five more years of cocooning before Stan emerged.

Nobody ever says this out-loud when someone dies, but after a week of mourning George, it dawned on me that I now had the whole closet to myself. A few endorphins emerged as I settled into quiet recovery and had a discovery: Loneliness, when embraced, can turn into sweet solitude.

As a natural loner, in my early childhood, I would turn my bedroom into an entire town of Barbies and paper dolls with an elaborate plot and storyline, landscaped in crumpled covers and shoe box cars. If someone came to the door and wanted to play, I told them my mother wouldn’t let me. People in the neighborhood thought I had one mean mother. I just couldn’t bear for my plot to be interrupted by someone else’s “let’s go to the store” line. This was my sweet spot.

But the grieving wasn’t just for George. My parents and George’s parents had also departed in those five years. The me without all of them was someone I didn’t know very well. That someone was ready to explore the forbidden fruit of things I was told to believe, yet never questioned.

Now, under adult crumpled covers, with a laptop and audio books, I cocooned. Neighbors wondered where I was. I went to work, came home, went through a string of TV-series obsessions like Downton Abbey, Friday Night Lights and Breaking Bad. Thank God for the Houston Astros. The men in my life were Altuve, Correa and Springer. And, I think Candy Crush has permanently numbed my right middle finger.

My daughters kept things interesting, each finding love and marrying within six weeks of one another. But, as a dateless mother-of-the bride for both weddings, by the end of it all I felt decidedly alone.

Again alone, I watched as Harvey floodwaters turned my front yard into a fishing camp, after coaxing a young couple off the street to help me get my dining table on paint cans. My heart aches for you who flooded, as one who was blessedly, barely missed. I started to imagine a fictional man who likes to fix things, does my income taxes and helps me get furniture up before a storm.

It was time to write my online-dating profile. I told myself, “You’re just looking for a date, keep it light.” The first guy I liked who actually liked me back was Stan. Yep, he was my first date. Am I lucky or just not picky?

Stan’s profile mentioned bike riding on Buffalo Bayou, The Continental Club and Mucky Duck, all within my geographic range. That made it easy. He’s close, he’s cute, and, gulp, he’s Jewish. I had never dated a Jewish guy, but have many Jewish ties, and an emerging curiosity in all things religious. This has turned into a fascinatingly fateful twist.

He was five minutes late for our first meet-up, at a wine bar in east downtown. When he texted me that he was still doing his makeup, all was well. Sense of humor: check.

He joined me at the bar, got directly in my face and started a line of questions. I noticed that his voice could have been that of a college kid. It sounded so young, as if it chose not to age to match his 60-something years.

He was clearly a kid at heart, and indeed he was: cute, fit and, I’m sure, a hit in the online-dating world. We moved on to a Chinese restaurant. His questioning continued, informed by careful attention to my answers. He was a good listener.

I felt I could really fall for this guy. He’d been single about as long as I had and, like me, had a couple of grown kids who had significant others. But unlike me, he had been dating most of those five years.

He seemed interested in me, but not bowled over. On our second date, he was giving me online-dating tips, not a good sign. He came by once to help me get something out of my attic, but then promptly left, saying his dogs were in the car. Also, not a good sign. I sensed there were others. I didn’t want to sing and dance my way through a dating pageant, so I turned down his offer to see a movie and didn’t respond to further texts. Besides, I couldn’t see Stan doing my income taxes.

I took my heart and dove back into the online world. Stay tuned for next month’s Buzz article, Uh-Oh! There’s a Pattern Here.