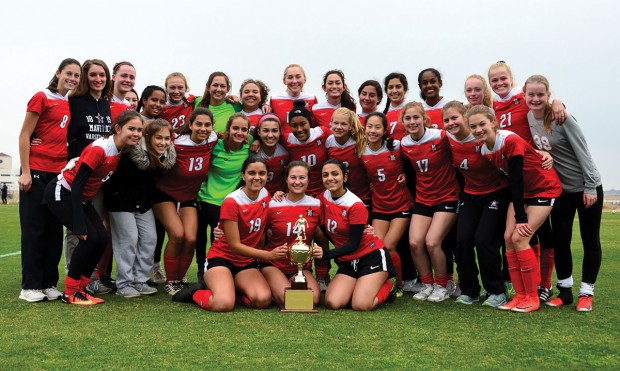 For the first time in school history, the St. John’s Mavericks own an SPC championship in girls’ soccer, capturing the title with a thrilling 1-0 victory over Dallas Hockaday. In the SPC final, Mavericks sophomore Carter Hollingsworth scored the only goal in the victory.

“Our starting eleven was so good that if everyone stayed healthy, we knew this would be a special year,” said Mavericks head coach Susan Quill. “We were just that talented. We returned our entire starting lineup minus our goalkeeper, so we also had great depth.” Leading the way, said Quill, were a pair of team MVPs in senior forwards Stephanie Sarkar and Shelby DesRoches. DesRoches will play college soccer at Rice University next season.

The championship was especially meaningful for Quill, who 20 years ago graduated from St. John’s as the nation’s top high school basketball prospect, before going on to become a basketball All-American at North Carolina. “Soccer wasn’t really a whole lot of fun at St. John’s back then, so I just played on the club level. When I began coaching soccer, I ultimately wanted to come back to St. John’s and put the program on the map.” 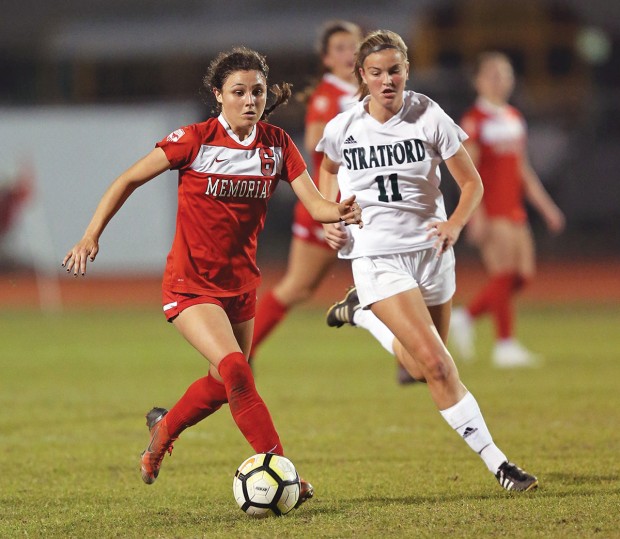 The quest for a second straight UIL 6A state championship came up short for the Memorial Mustangs, but not before making their mark once again as one of the state’s top teams. “Our girls gave it their best effort every single day,” said Mustangs head coach Lindley Amarantos. The Mustangs owned a 19-3 record before falling to defending 6A state semifinalist Cinco Ranch by a 3-2 heartbreaker in a classic playoff matchup.

“We had a target on our back as defending state champions, but our girls really rose to the challenge. Our only three regular-season losses were in the season-opening I-10 Shootout tournament when we were missing six starters due to a club college showcase and a couple of injuries,” said Amarantos.

The Bellaire Cardinals girls’ soccer team captured its sixth straight district championship, while going undefeated in district for the third straight season. The last time Bellaire lost a district game was when the current senior crop of players were freshmen. 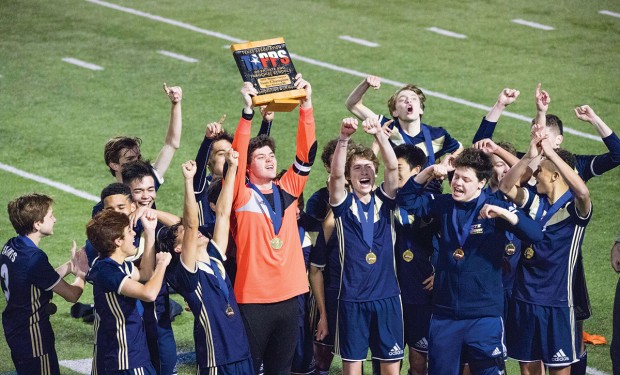 “It’s been a hardworking, unselfish group of players,” said Bellaire head coach Alan Thompson. “We prioritize defense and have a really great goalkeeper in sophomore Cate Plagens, who was the district goalkeeper of the year.” Offensively, the Cardinals were led by District MVP Jasmin Garzon. “She’s the heartbeat of our offensive attack.”

The Cardinals also overcome their fair share of adversity, including the loss of standout junior defender Demetra Pappas with a foot injury. “Deme’s one of our captains and leaders,” said Thompson. “She was a dominant force on defense before her injury about halfway through the season.”

It was a banner year in soccer for Saint Thomas’ Episcopal School, with the boys and girls soccer teams both winning TAPPS Division III state championships. “It was pretty unique,” said STE director of soccer Chris White. “Not too many schools have had girls and boys championships on the same weekend.” 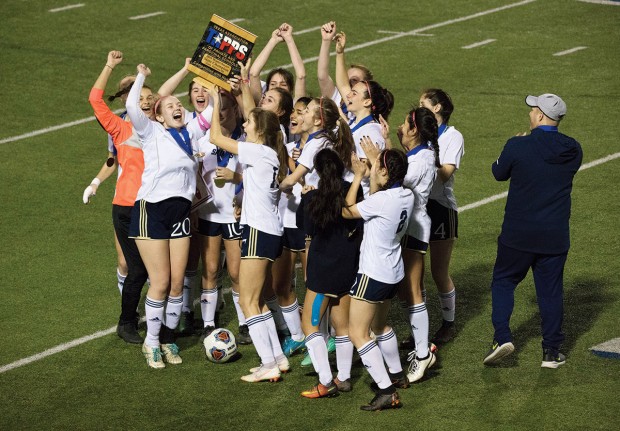 STATE CHAMPS TIMES TWO It was a double dose of state championships for Saint Thomas’ Episcopal, with the boys and girls teams winning TAPPS Division III titles. The STE girls went 22-1 while outscoring opponents by a 96-11 margin. (Photo: Jill Williams)

The STE girls were dominant while posting a 21-1 record and outscoring opponents by a lofty 96-11 margin. “They played with a lot of passion,” said White. “We lost in the state quarterfinals two years ago and were knocked out in the state semifinals last year, so this team played with a chip on its shoulders.” Offensively, juniors Katherine Lazor and Reese McDermott led the way, while goalkeeper Sofia Snyder-Perez allowed only 11 goals in 22 games.

The STE boys outscored their opponents by a 104-10 margin while winning 22 of their 24 games. “The guys were also on a mission after losing in the state semifinals two years ago,” said White. In the state-final 2-1 victory over Dallas Covenant, White credited a heroic effort from several of his players. “Our goalkeeper, Grayson Brewer, made a series of great saves. Also, junior Wilberth Araujo was a game changer for us, while junior Joel Hrncir was a deadly striker who scored the game winner in the title game.”