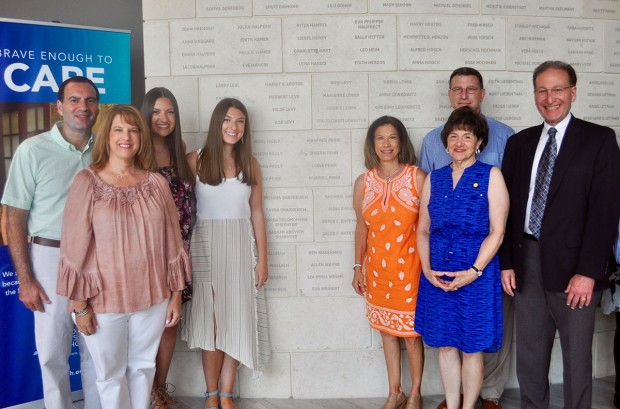 Thirty-eight years ago, long-time Houstonian and Holocaust survivor Siegi Izakson realized Houston needed an education center that would preserve the stories of Holocaust survivors and honor the six million innocent Jews who perished in the atrocity. This week, Siegi's initial vision is reaching new heights, as Holocaust Museum Houston reopens after a $34 million expansion project, becoming the nation’s fourth largest facility of its kind.

The original Holocaust Museum Houston opened its doors in 1996 as a single-story building at 5401 Caroline Street, right in the heart of Houston’s Museum District. From its beginning, the museum has been heavily trafficked not only with Houstonians, but with school groups from across the entire Southwestern United States, said Judy Mucasey, whose family has played an active role in the museum’s founding and expansion project. Museum staff has even had to turn down some tour groups due to limited capacity. 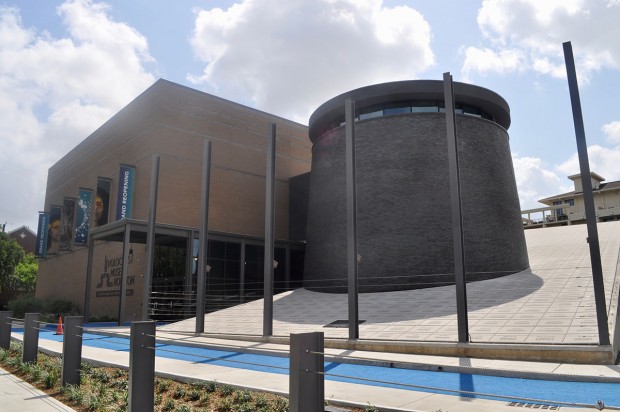 “It’s been so difficult to do the mission,” Judy said, explaining that with the expanded campus’ added space and bilingual accessibility - in both English and Spanish - more visitors will be accommodated each year.

Upon entering the first floor of the new museum, visitors are greeted by a quote from the Universal Declaration of Human Rights that reads, “All human beings are born free and equal in dignity and rights.” This quote stands at the entry of the Human Rights Gallery, one of the new additions, featuring educational displays of all UN-recognized genocides, as well as tributes to international human rights leaders. 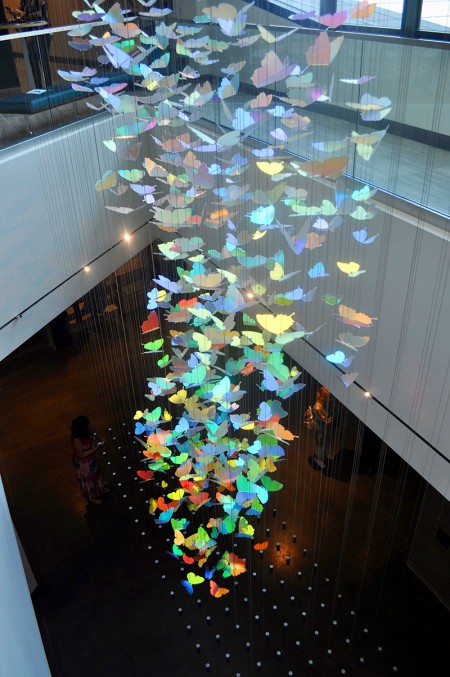 The museum features “The Butterfly Loft,” a kaleidoscope of 1,500 butterflies representing the 1.5 million children who died in the Holocaust. (Photo: Pooja Salhotra)

Hanging from the ceiling, from the third floor all the way down to the first floor is “The Butterfly Loft,” a kaleidoscope of 1,500 butterflies representing the 1.5 million children who died in the Holocaust. Overall, the expanded space includes four permanent galleries and two changing exhibition galleries, along with a 200-seat indoor theater and a 175-seat outdoor amphitheater.

But even with the updated designs and new facade, the museum continues to remain true to its roots, looking back on and honoring the vision created by Siegi and other Houston Holocaust survivors.

“We often say at Holocaust Museum Houston that we are standing on the shoulders of survivors,” HMH CEO Dr. Kelly Zúñiga said during a private ribbon-cutting ceremony held on Sunday morning. “Before any us of became involved, it was our community’s Holocaust survivors who stepped out in faith to build this museum. Today, we begin again in a much larger place with expanded resources and technology, but the survivors and their stories will come with us.” 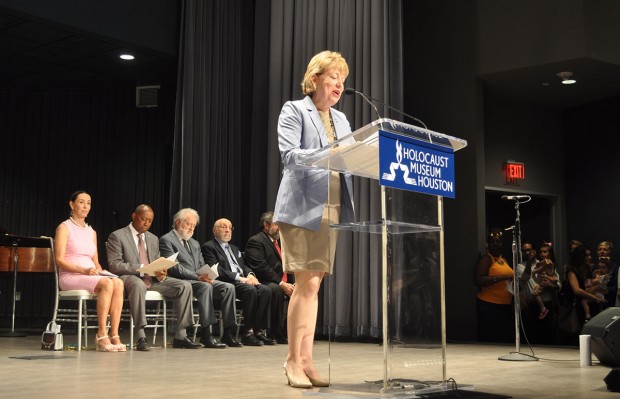 Kelly was speaking to a group of about 500 people inside the museum, some sitting inside the second-floor theater and others watching the special ribbon-cutting program on a screen in an overflow space. Attendees included HMH’s boards of trustees and advisors, chair and CEO, local Holocaust survivors and Sue Smith – namesake donor to the museum. Also in attendance were several dignitaries, including former Houston Mayor Annise Parker, Congresswoman Sheila Jackson Lee, Congressman Al Green and Houston Mayor Sylvester Turner. In his remarks, Mayor Turner called the event a “grand occasion” for all Houstonians.

“Today’s moment signifies that no matter who you are or where you are, or what has happened in the past, hate simply does not win,” Mayor Turner said. 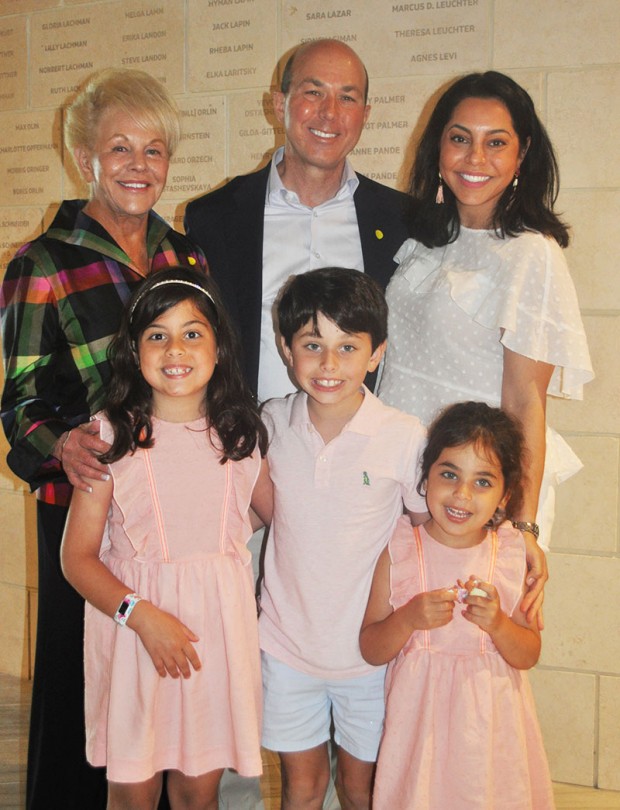 The museum officially opens to the public on Saturday, June 22. Its hours of operation are Monday-Friday, 9 a.m.-5 p.m., Saturday, 10 a.m-5 p.m. and Sunday, 12-5 p.m.  For more details and to purchase advance timed tickets, visit hmh.org. 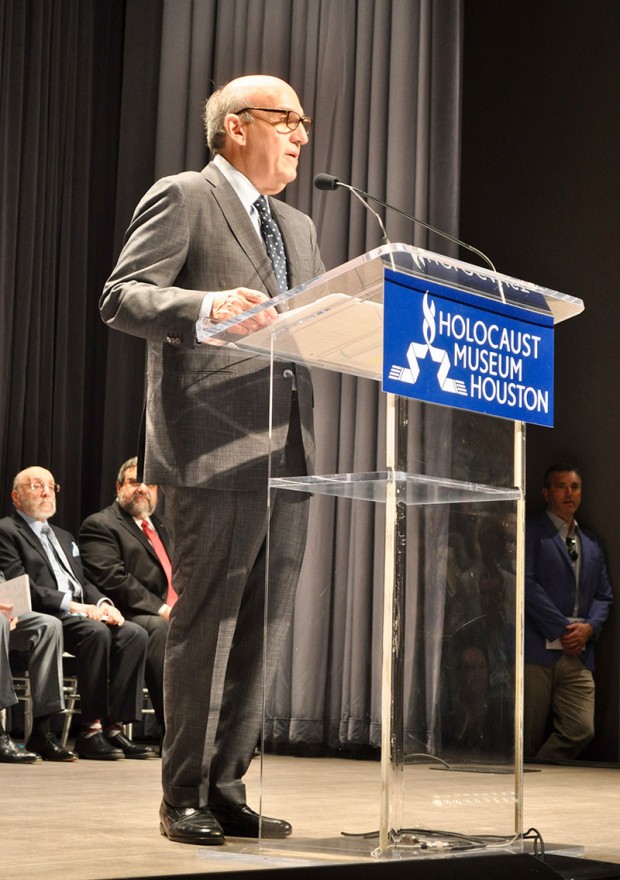 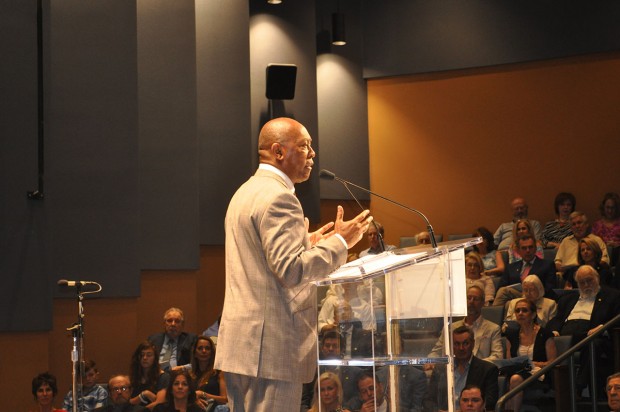 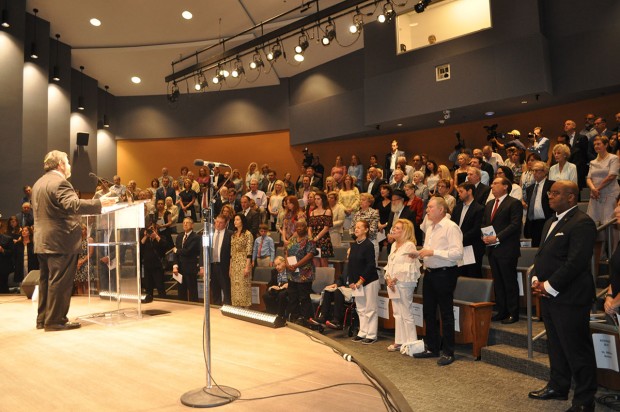 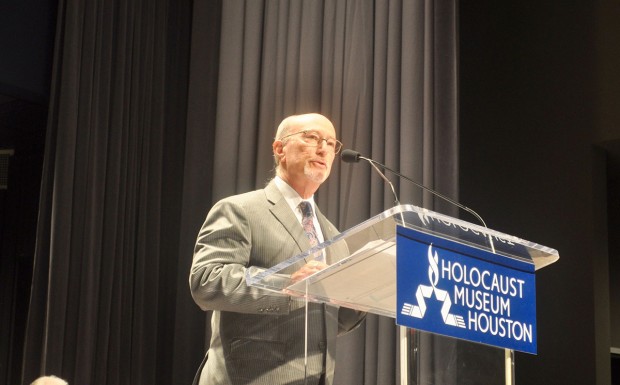 Mark Mucasey of Mucasey & Associates served as the building architect for the Museum’s expansion and for the original HMH. (Photo: Pooja Salhotra) 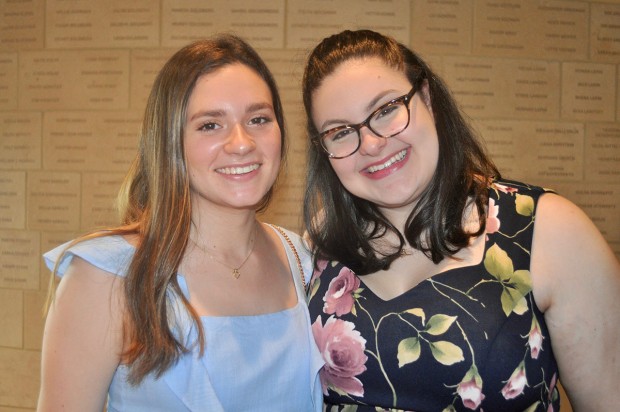 Brooke Markowitz (left) and sister Abbie Markowitz (right) said they were happy their father Gary Markowitz (former Board Chair of HMH) got to be a part of the expansion project. 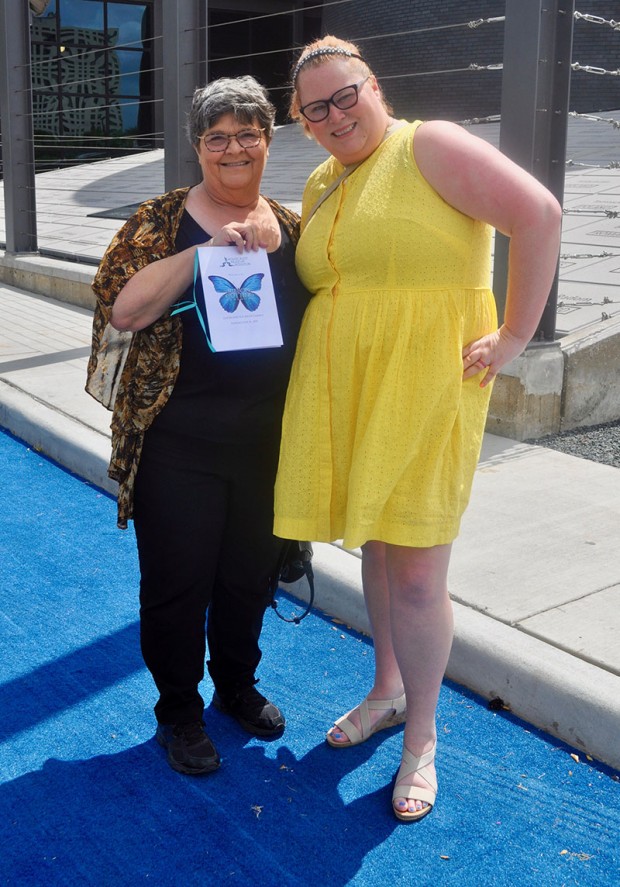