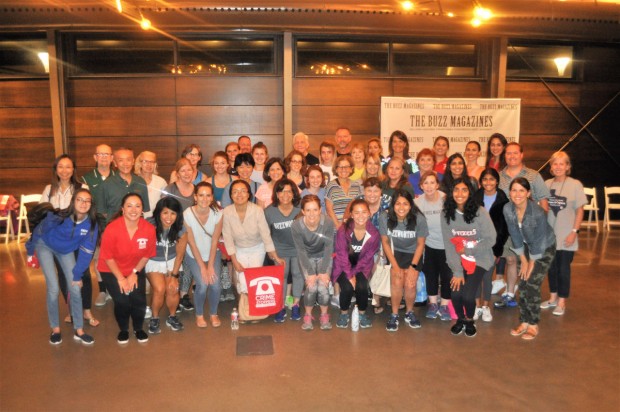 More than 40 community members of all ages attended our self-defense class in parternship with The Buzz, Crime Stoppers of Houston and Krav Haganah Global. Buzz editor Joni Hoffman said: “The price of admission is a group photo.” (Photo: Pooja Salhotra)

“Be safe” is a phrase we often say to our friends, parents or children when they set off on a journey – whether it be to the grocery store or on an international adventure. But we don’t often talk about how to be safe and protect ourselves when dangerous situations do arise. To address that question, The Buzz Magazines partnered with Crime Stoppers of Houston, Krav Haganah Global and Evelyn’s Park Conservancy to offer a community self-defense class this week. 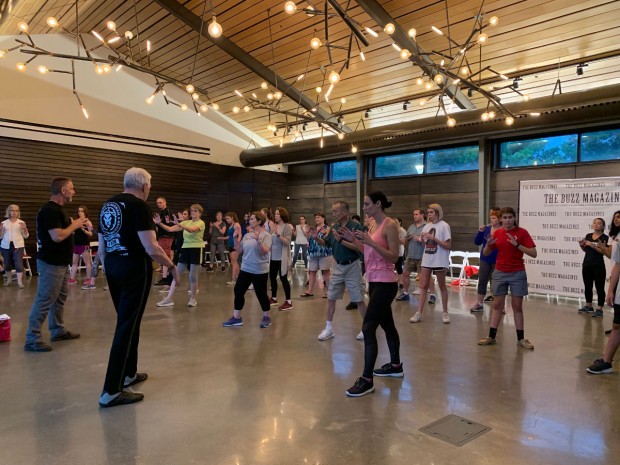 Peek and Neyman demonstrated how to respond to a potential threat through hand-to-hand fighting, with moves like palm strikes, eye gouging and throat jams. They also demonstrated defenses against knife attacks and gun disarms from various angles. The class then split into smaller groups to practice these moves using props such as rubber guns/knives and padding.

The instructors also left the class with general safety tips, such as a reminder to always stay vigilant and put away cell phones when in “transition,” for example, while walking from a parking lot to an office building or grocery store.

“Criminals are looking for people not watching. If you’re not paying attention – even if you’re a special forces soldier – you can only be reactive, not proactive,” Peek said. “But if you are attacked, that doesn’t mean you’re instantly a victim. There’s a story that’s going to play out, and you want to tell it in your favor. You’re the writer of your story. Write it so it’s in your favor.” 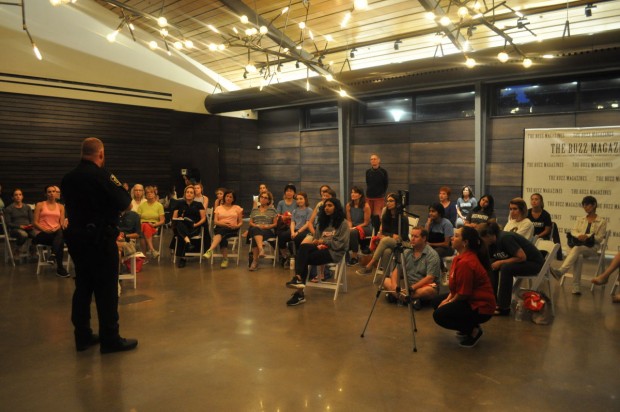 Following the hand-on class, Officer John Edwards from the Bellaire Police Department led a discussion and Q&A session, where he answered questions ranging from home safety tools to whether people should carry mace in their purses. To hear Officer Edwards’ answers, watch the session posted on Facebook live here.

Editor’s Note: See Sunday Mornings with Rania for articles written by Rania Mankarious, CEO of Crime Stoppers of Houston, on safety and what’s going on in the news. 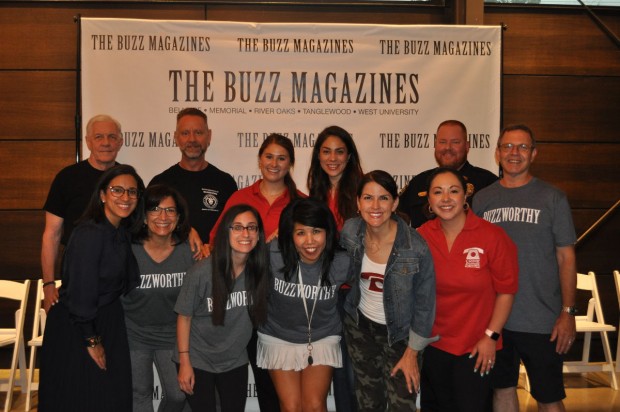 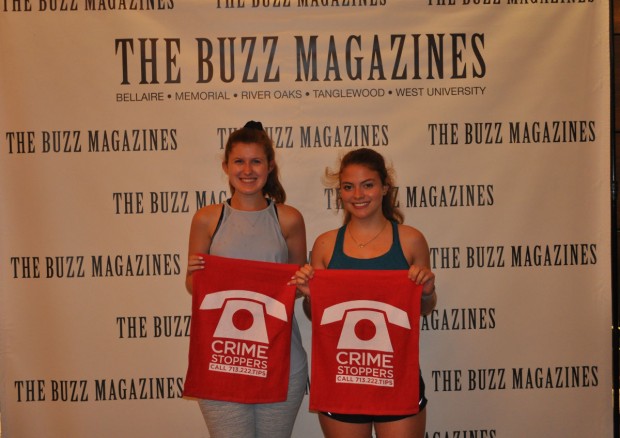 Participants (from left) Elliott Jones and Abbey Flame pose for a photo before the self-defense class kicks off. (Photo: Pooja Salhotra) 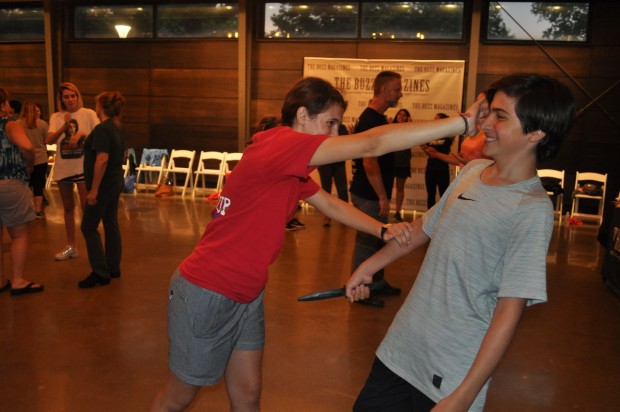 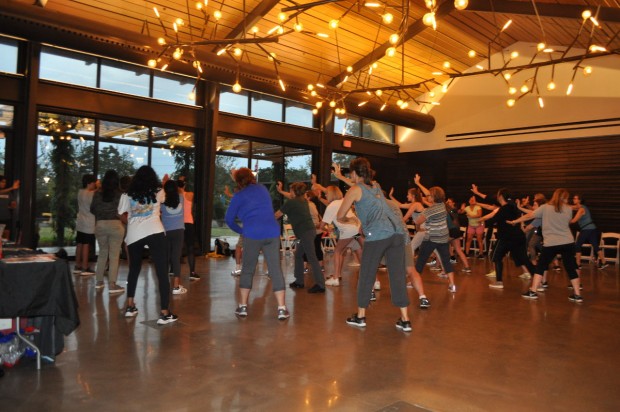 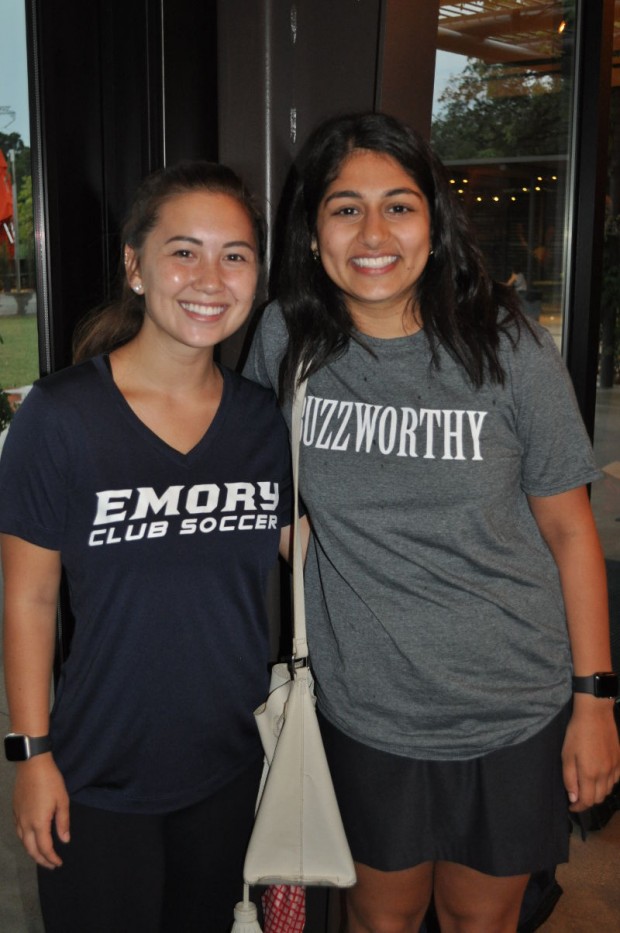 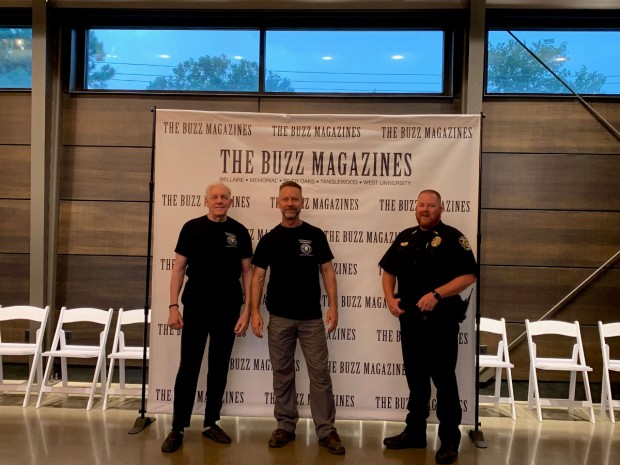 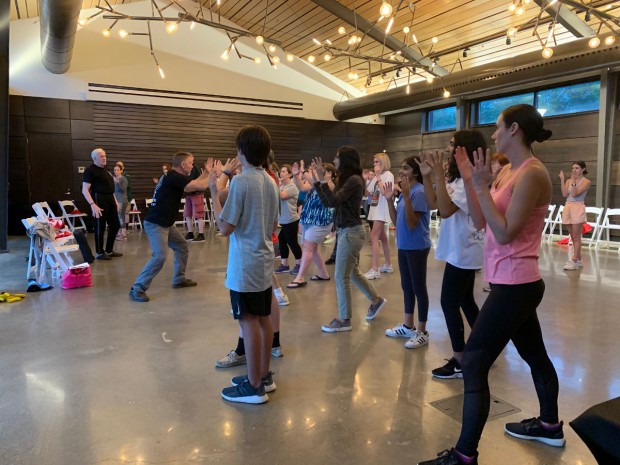 Instructor John Peek teaches the class how to respond to an attack. (Photo: Jordan Magaziner Steinfeld) 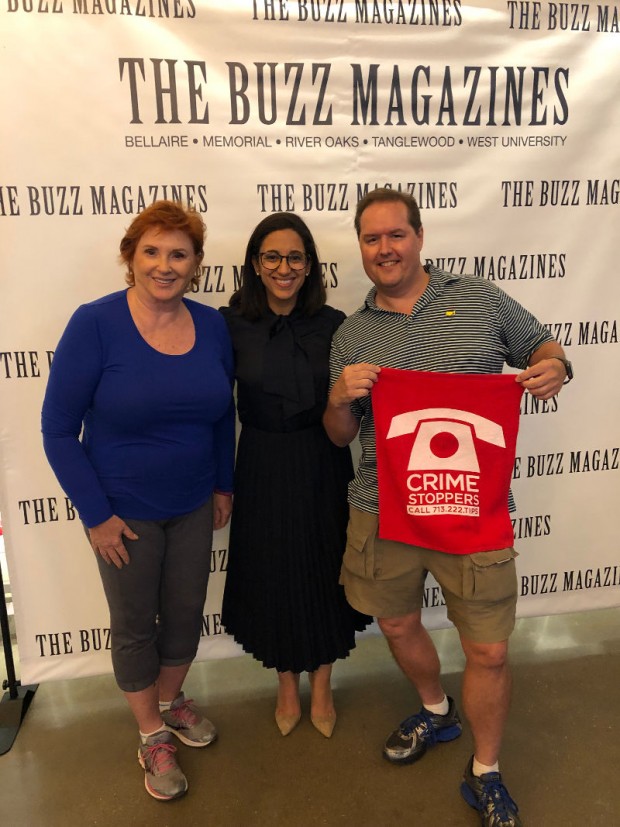