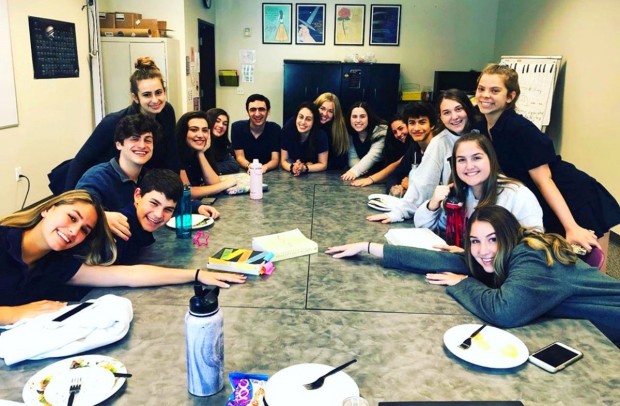 For only six years, Emery has been home to a club that not all high schools have. The club is the International Thespian Society Troupe. The ITS Troupe is an international club that recognizes excellence in theater for high school students. To be admitted into the troupe, you fill out a short application that the troupe advisor sends to the international board. The board overlooks the applications and sends back a list to the advisor who was admitted to the club and who was not. ITS holds four board positions: President, Vice President, Treasurer, and Secretary. I was elected as Treasurer during my freshman and sophomore year, and junior and senior year was elected as Vice President.

During the school year, ITS puts on three revues or performances. They are around an hour long and are held in our black box theater. We ask at the end of the performance for donations, as we choose a different Broadway based or theater-based cause to donate to at each revue.

However, every year, the money from at least one revue is donated to Broadway Cares. My favorite thing about ITS revues is that they are themed, versus just singing Broadway songs that we like. Our upcoming revue on Oct. 2 is themed miscast and is also the first revue that our newest members get to be apart of. This means that females sing songs traditionally written for males and males sing songs traditionally written for females. We also include a group opening and closing number but decided to split that up between females and males and do a female opening number and a male closing number.

I am singing the song “Agony” from the musical Into the Woods with Claire Lemel. Claire is currently serving alongside me on the ITS board as Treasurer. Claire said, “This revue is nothing like we have ever done before because we are getting to sing songs that we would not normally have the chance to! We are also super excited to hear our new members in their first-ever revue and to officially welcome them to the troupe.”

This past year, ITS had its first-ever retreat. We traveled to Galveston for one night to see the hilarious musical Something Rotten. It was truly a memorable experience and great for bonding. I am so thankful for ITS for providing me a safe environment to be myself and express myself through what I love doing most, singing. I am so thankful and will miss ITS so much next year.