An edible little yard in the city 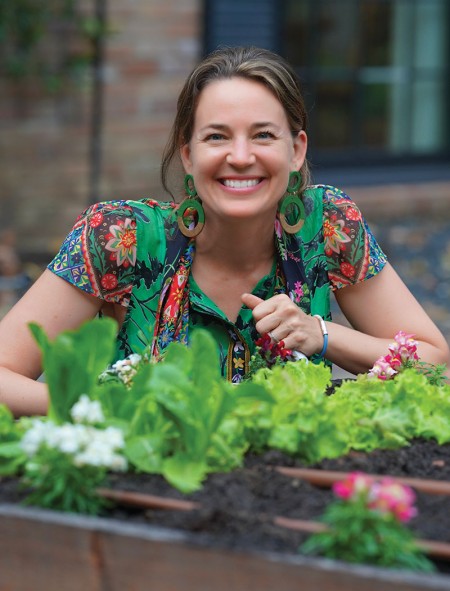 In Memorial, in the heart of Houston.

In her kitchen garden, to be precise.

And Jill will often be out there, planting seeds, transplanting seedlings, weeding, pruning, watering, composting, harvesting. She trains tomato plants, cucumbers and pole beans to grow up trellises and her kumquat trees to grow as espaliers, flat against a wall. One hot September afternoon, she was shading seedlings from the sun, while hummingbirds flitted from feeder to feeder. Her dog Domino, “my constant companion,” she says, is intensely interested in all she’s doing. “When I pick green beans, if I eat one, he gets one,” she said.

Jill estimates she spends about a half hour per day, morning and evening, in her kitchen garden. “It’s truly like going on a mini-vacation for me,” she said. “I’m in my own world for a time.”

A kitchen garden, as its name implies, is a garden usually right outside a kitchen. It’s traditionally small. Jill’s beds, she estimates, total about 400 square feet. Kitchen gardeners plant small quantities of many kinds of fruits, vegetables and herbs and, unlike an old-fashioned vegetable garden, with its plain old rows, kitchen gardens (or potagers, in French) are meant to be beautiful. This being the 21st century, Jill’s garden has its own Instagram page, oliver__garden__ (those are double underscores), with over 1,500 followers. 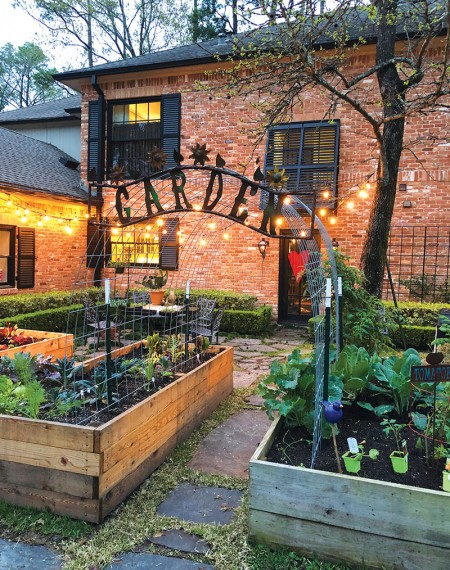 Jill started her garden six years ago, when she asked her father to build her a raised garden bed for her birthday. Six months later, he built her a second one for Christmas. Growing up in Brenham, she remembers her parents always having a kitchen garden. Her father also grew pecan trees and still keeps bees. As a child, when it was time to pick peaches or when she was told to go pick all the strawberries, “at the time, it seemed like such a chore,” she remembered with a laugh, “but if you told me to do that now, I’d be skipping with joy.”

Don’t let the small size of a kitchen garden fool you. “You can get a pound of okra from three to four plants, easy,” said Jill. “I get pounds and pounds of tomatoes, and I had a basil plant so large this year, I could have provided basil to the whole neighborhood.” Currently, Jill’s goal (“I’m dreaming big,” she said) is to grow enough lettuce to have salads every day for six months. The garden determines, in part at least, what the Oliver family – Jill, husband Chris, sons Henry (a senior at Memorial) and Charlie (a sophomore at Memorial) and daughter Ivy (a sixth grader at Spring Branch) – eat for dinner, and Jill reports that they do eat more fruits and vegetables than they used to.

Yet, that isn’t the only reason Jill grows her garden.

“It may not put a huge dent in your grocery bill,” she said, “but there’s just so much satisfaction in serving something for dinner that you grew yourself.”

You can start your kitchen garden as small as some herbs growing in terra cotta pots, Jill said. Other easy plants to grow in containers are, she advises, peppers, tomatoes, lettuce, green beans and sugar-snap peas. 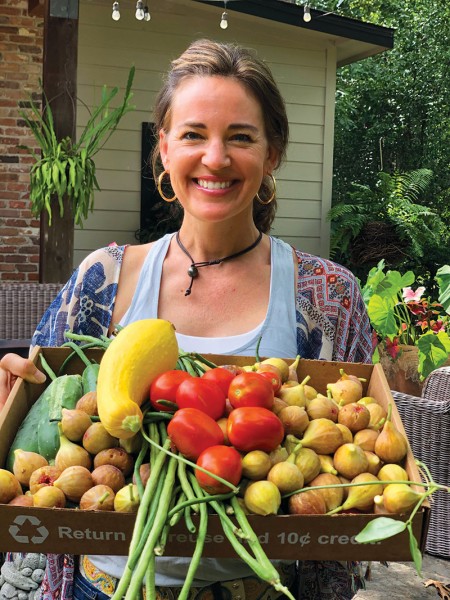 Jill came back from a July weekend away to 14 pounds of produce. (Photo: Ivy Oliver)

Jill’s garden now includes several raised garden beds, which are bottomless containers, hers made of either cedar or corten steel (weathered steel), set over gravel for drainage. Jill buys her soil. Although soil can be the biggest expense of a garden, she said, “investing in good soil is worth it. It’s everything.” Hers comes from a local company, Farm Dirt, that composts, using, in part, old, unsold produce it gets from Whole Foods, but she said there are many good local companies. Her garden is irrigated, using drip irrigation (basically hoses and tubes that run along the soil, outfitted with tiny emitters that allow water to ooze out). This is attached to her regular sprinkler system and is on a timer. “The garden is its own zone, so I can adjust it separately from the lawn,” she explained.

“There are so many lessons, about nature and patience and life, here,” she said, pointing out that, to germinate, to live, seeds have to be completely covered in dirt, in total darkness, and struggle toward the sun. Also, she pointed out that garden pests, which attack the weakest plants, are simply the start of the natural process of decomposition.

“A gardener is always exploring, always trying new things,” she said. “If something doesn’t make it, you plant it again. You plant seeds, knowing some will grow and some will not. The garden parallels life in a million ways.”

Editor's note: Check out "A Quick Appearance: Dragon Fruit Blossoms" by Andria Frankfort for more on Jill Oliver’s dragon fruit, which blooms just once a year.

Here are some resources Jill Oliver recommends if you want to learn more about growing a kitchen garden.

All New Square Foot Gardening by Mel Bartholomew: “This is the first gardening book I ever read, and it’s a classic and wonderful,” said Jill.

@deannacat3; DeannaCat does grow her own cannabis, in case that might put some off, Jill warns, but she’s “super-inspirational” and “aaaahmazing.”

And four Instagrammers from Houston: 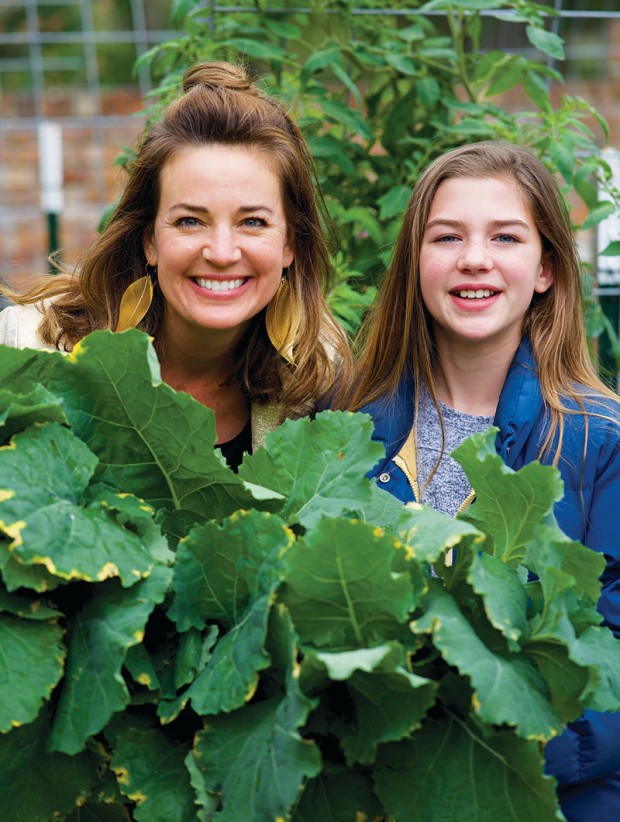 GROWING THEIR OWN Jill Oliver's kitchen garden plays a big part in what the Oliver family, including daughter Ivy, eat for dinner. 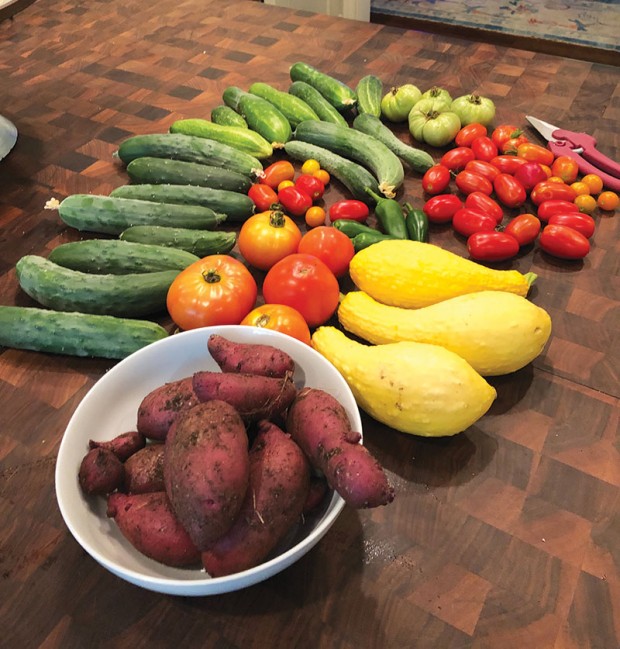 Some of her homegrown, organic harvest. (Photo: Jill Oliver) 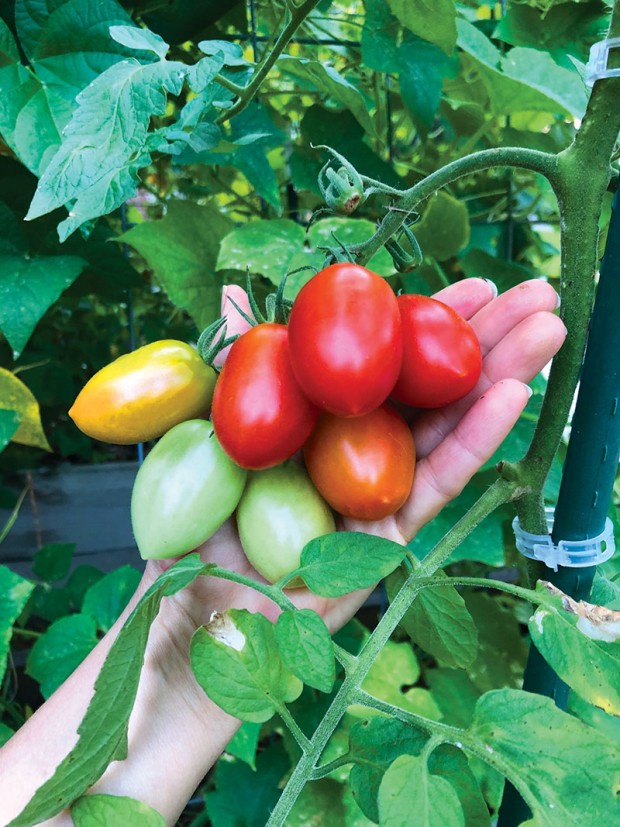 Some of Jill's Juliet tomatoes in varying stages of ripeness. (Photo: Jill Oliver) 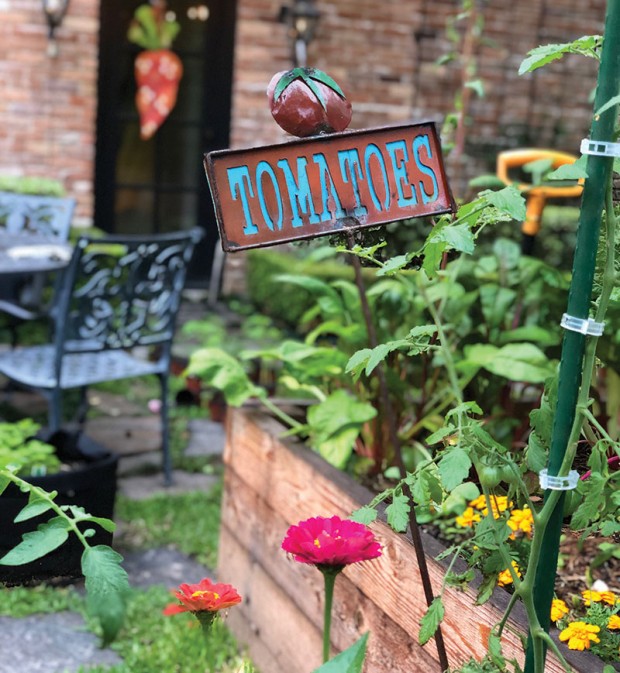 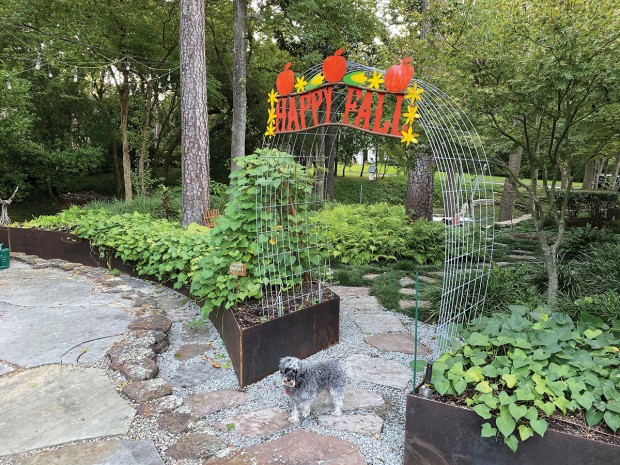 Jill Oliver's family and friends, including her dog Domino, here near the sweet potatoes, know where to find her. (Photo: Jill Oliver) 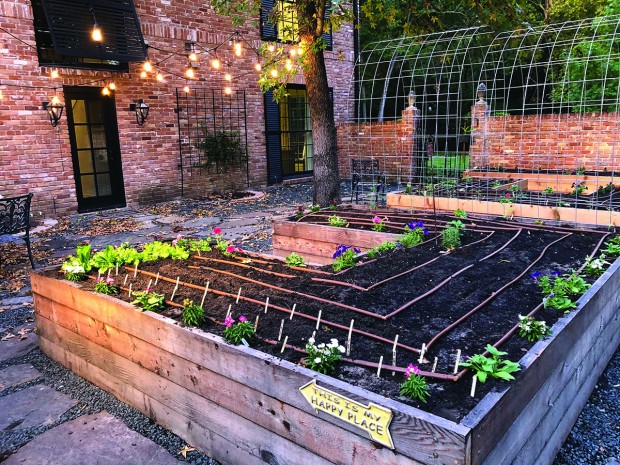 One of her favorite signs, "This is my happy place," decorates a bed of newly planted spinach and lettuce. The metal grid in the background is livestock panel, a type of fencing used for cattle and pigs, which Jill uses for trellises. (Photo: Jill Oliver)