The race that wasn’t – and will be 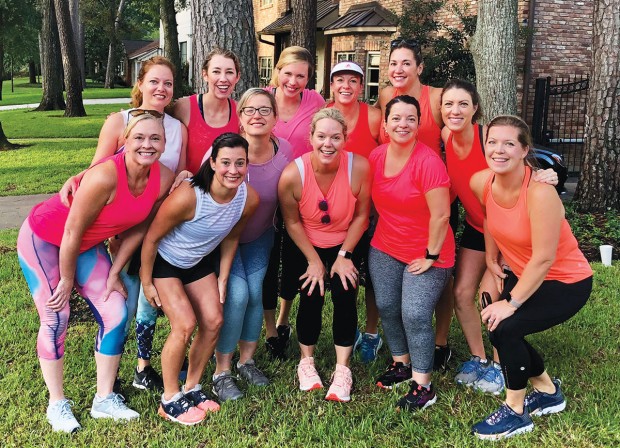 Veteran runners understand what it takes to properly prepare for a serious race: discipline, discomfort, stamina building, carbo-loading. It is a degree of commitment that discourages most casual joggers and certainly those who rarely run at all – which brings us to the extraordinary pledge of a dozen Houston women, both runners and rookies, to collectively tackle one of the toughest relay races in the running world.

Inspired by each other and fueled by grit and grace, 12 women – all moms – dedicated themselves to running a Ragnar Relay, a series of long-distance races across the country. This race was 200 miles from San Francisco to Napa Valley, with each team member running three legs with differing degrees of difficulty. It would be a total of 36 hours of grueling, perpetual motion, with a shared goal of crossing the finish line for the benefit of everyone, sore of foot, but full of heart. The name they go by seems entirely fitting, “Steel Magnolias.”

Steel Magnolia Moms is one of the largest support groups in Houston for moms who share in the joys and challenges of raising a child with special needs. Their children represent more than 66 different syndromes or diagnoses in areas of cognitive, social, physical and emotional differences. Their goal simply stated on their homepage: “We are all on a rocky road with the most beautiful, gorgeous views. Let’s do it together.”

Elizabeth Elder of Memorial founded the group in 2016, first starting up a Facebook group and later forming the nonprofit organization. Her inspiration came after posting on social media and being touched by the support of other moms going through similar challenges. Today the group is 610 strong with chapters in Houston and Austin. It positively supports moms by providing wellness workshops, retreats, socials and educational seminars to promote their own health and happiness.

“Literally that’s what this run was about; we are all on an unknown, winding, rocky road with beautiful views. It was symbolic for Steel Magnolia Moms, and it was symbolic for our own journeys,” said Elizabeth, who works part time in marketing and sales and is mom to three children, Annabelle, 9, Blair, 8, and Clark, 2. The two oldest have Leigh syndrome, a rare genetic mitochondrial disease that affects their ability to generate energy. Annabelle and Blair use wheelchairs to get around and can’t stand or walk without assistance.

Running is not new for Elizabeth and a couple of the other team members, but most everyone else in this group was a rookie. The commitment involved getting up before dark every Saturday morning for five months and meeting with a trainer from a running group, InFlight Running. On Friday nights, they ran in Hershey Park in Memorial because an important part of running a relay is learning to run on tired legs. Their stick-to-it-iveness comes from the all-consuming job of being a special needs mom. 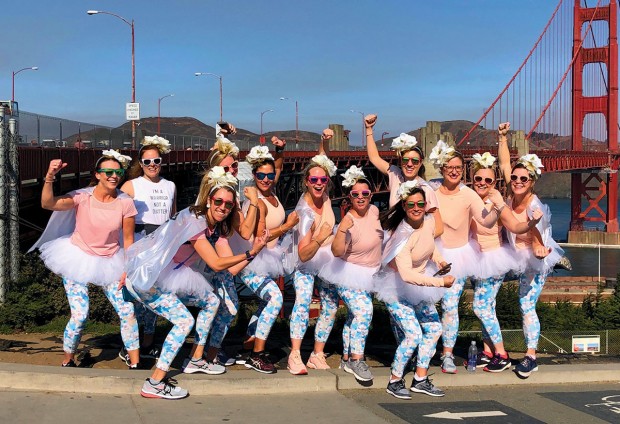 Kelly Scoggins of Tanglewood, who also works as a financial advisor at Goldman Sachs, has 4-year-old twin girls, Sammy and Kit, and an 18-month-old son named Teddy. The joy of overcoming unexplained infertility to being pregnant with twins was short lived. She explains how her happiness was hijacked when she and her husband, Drew, got the devastating diagnosis that one of the twins had Down syndrome and a rare lymphatic malformation.

“I remember how hard that time period was when your faith is being tested,” said Kelly. “A big part of this run for me was reaffirming that I have conquered that and that I am better because of it and I’m not blaming anyone else and certainly not my daughter. But a big piece of it for me is running for other moms who aren’t there yet, moms who are still in the trenches questioning their belief and their faith. So I wanted to help raise money to help reach those ladies.”

“I was tired of being on the sidelines of my life,” said Marla Grace, Heights mom to three boys, James, 14, William, 12, and Henry, 10. The oldest was diagnosed with Dandy-Walker syndrome and multiple congenital anomalies. “I knew it was a crazy idea, but it was a big motivation for me to get some things in check. I support my family and my kids, but it was time to put myself on the priority list. Special needs moms walk a path that’s a little bit different, and you need to take care of yourself.”

Shannon Essex, team co-captain, was the initial inspiration and “the runner” of the group. She has two daughters; the oldest, 6-year-old Sophie, has congenital diaphragmatic hernia (CDH) leading to chronic lung disease and Russell-Silver syndrome.

“When I got Sophie’s diagnosis at our 20-week scan they put me on bedrest and took away my running shoes. Then once Sophie was born I sat in the hospital for 311 days and never put on my running shoes. I was determined to get back to that part of me,” said Shannon.

She slowly got back into running and ran during her second pregnancy to another daughter, Maddie. That’s when she met Elizabeth, and the two of them sat in a café and dreamed up the Super Steel Magnolias Ragnar Team.

“When you’re a special-needs mom, you can’t walk that road by yourself; you need other people to help and support you, but at the end of the day it’s you walking your own path. And that’s what Ragnar is… Only I can run the miles, but I can’t finish this race and the 200 total miles without the team. In life you run a hard race, but when you do it with the support of a team, you feel like you can do anything,” said Shannon.

Dahlia Brown of Memorial has two children: 7-year-old Amos and 5-year-old Avery. Amos has a neurological condition causing an intellectual disability along with severe ADHD. Dahlia is no novice, having trained for a marathon years ago. But this time it’s not about fitness.

“It’s been an incredibly rewarding experience so far. Each of our journeys with our children has been so different, and we’re so inspired by each other. Not all of us moms walk out of the hospital and bring our babies home. I brought my son home and he was perfectly typical, and we were told everything was fine for so many months and years. And then suddenly we were told, ‘Wait, something is not right,’” said Dahlia.

Evelyn Nordin was one of the first to join the team even though she had never run before, but what she found even more challenging than running was sharing her personal story on the fundraising page about her 9-year-old son, Ian, who has autism. 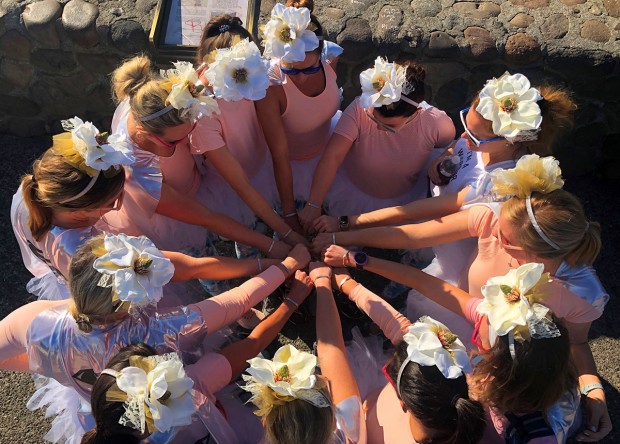 STRONG AS STEEL Elizabeth Elder had bracelets made and gave them as a gift before their symbolic run across the Golden Gate bridge. The front says “Strong as Steel” and the back says “12 moms, 200 miles, a million reasons.”

“I had never shared my story before publicly and then to put it out there was almost shameful, which is ridiculous because it’s not a story of weakness, but of strength. All the family/work balance, autism research, appointments, therapeutic schools, therapies and medical interventions for Ian were a blur. But it was worth it. Unfortunately, I traded my health for his. Now, I am setting aside a bit for me. I am running with my sisters on this journey and can now see the beauty in my life's challenges.”

After five months of intense planning, fundraising and training, the team raised $70,000 for Steel Magnolia Moms. They made it to San Francisco, with every minute planned out, only to get devastating news.

The race had been canceled due to wildfires in Napa and Sonoma counties.

“It was heartbreaking and hard. It’s something we didn’t plan for,” said Shana Halverson of Meyerland, whose daughter, 11-year-old Dylan, has a chromosomal deletion that has resulted in two open heart surgeries and four spine surgeries; Dylan is also challenged with autism and sensory processing disorder. “But that’s where being a special-needs mom helped us. We know how to take the curveballs. We always have a Plan B. We deal with what we were given, and we know how to do that.”

They shared hugs and tears, but got back up and put on their running shoes and spent a couple of nights relaxing. “We were all broken-hearted, but when we all had a little time to heal, there we were on a group text chatting about mundane things,” said Elizabeth Elder. “We had each other, and you can’t knock us down.”

It was a message from a friend of Shannon’s that proved to be the most telling for the next phase of this journey.

“The text said, ‘It’s ok if you fall down and lose your spark. Just make sure that when you get back up, you rise as the whole damn fire.’ We were, like, ok, we’re going to come back stronger,” said Shannon.

Those words have since been backed by action. All 12 of the Steel Magnolias who were denied the run in Napa have booked their journey to cross the finish line in Phoenix for Ragnar Del Sol next month, on Feb. 1.

Out of the ashes, the Steel Magnolias will rise.