Live Music and Special Events in Houston This February 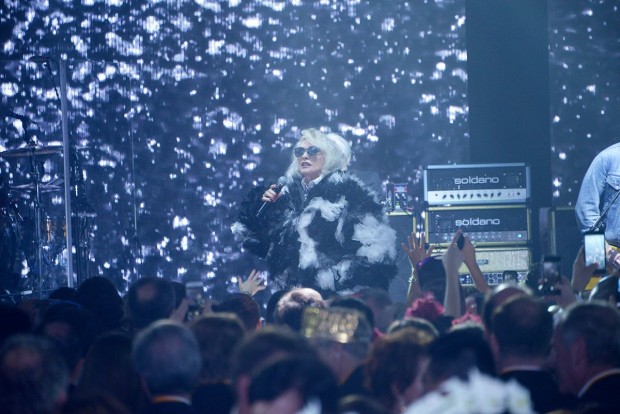 I don’t know about you, but January 2020 felt way longer than a month. And this year is leap year, so February has an extra day, too! I’m thankful for the extra time though because that means more opportunities for live music! Whether you want a romantic Valentine’s date night or want to have a Galentines celebration with your friends, nothing says “I love you” better than a live show - an experience you can treasure together forever!

Feb. 6: Sarah McLachlan @ Hobby Center
With three Grammy Awards and a recent induction into the Canadian Hall of Fame under her belt, Sarah McLachlan is all but a household name. She is a constant frontrunner in pop and holiday music genres.

Feb. 14: Grace Potter @ House of Blues
If I were free for this show, I would have already bought my ticket! Grace Potter is a cool young rocker with incredibly catchy songs. Have you heard “Paris”? Listen ASAP! Tickets aren’t that expensive, either.

Feb. 14 & 22: Aventura @ Toyota Center
Aventura is a bachata group coming together for their first U.S. tour in 10 years. There are very few stops on the tour, so this may be one of your only chances to see this band live.

Feb. 15: Blue October @ Galveston Mardi Gras
Make the short drive to Galveston for the first weekend of Mardi Gras, where Houston alternative band Blue October will be performing. The band has had 11 Top 40 singles and was discovered by Kid Rock’s manager while performing here in town. Support the hometown musicians! See the full Mardi Gras! Galveston entertainment lineup here.

Feb. 20: Ian Moore @ Heights Theatre
Ian Moore is a guitarist who originally hails from Austin. Throughout recent years, several of his songs have been featured on American Idol and The Voice. He’s also toured with The Rolling Stones, Bob Dylan, and ZZ Top. Moore’s resume is fantastic, and I can guarantee you know a song or two of his even if you don’t realize it now.

Feb. 21: The Chainsmokers @ San Luis Salute
The San Luis Salute, otherwise known as Tilman Fertitta’s massive annual Mardi Gras party, will feature DJ duo The Chainsmokers this year. I’ll be there supporting the Knights of Momus Duchesses! Send me song requests and I’ll do my best (haha)! (For more, read this behind-the-scenes recap of what it's like to be a Gavleston Mardi Gras Duchess.)

Feb. 21: Bowling for Soup @ Galveston Mardi Gras
If you weren’t able to score an invite to the San Luis Salute, I would highly recommend this show, also in Galveston during Mardi Gras. Bowling for Soup is a late 1990s/early 2000s rock band with hits like “1985” and “High School Never Ends.” A little angsty, a little punk, and super fun. See the full lineup here.

Feb. 28: Tiesto @ Stereo Live
Tiesto, a Dutch DJ, is known in various EDM communities as the best DJ in the world. He’s had a long career, having started out in 1994.

Feb. 29: Alejandro Escovedo @ House of Blues
This show consists of performances from Alejandro Escovedo (rock musician), Reverend Horton Heath (a trio of “pyschobilly” artists), and Pinata Protest (a Tex-Mex punk band). If you want genre-bending music, this might be a really entertaining show for you.

Feb. 29: Houston Outlaws Homestand Weekend @ Revention Music Center
Houston’s premiere e-sports team (The Outlaws) will be battling teams from all over the country at this premiere event where fans get to see their favorite teams compete in a festival-like environment.