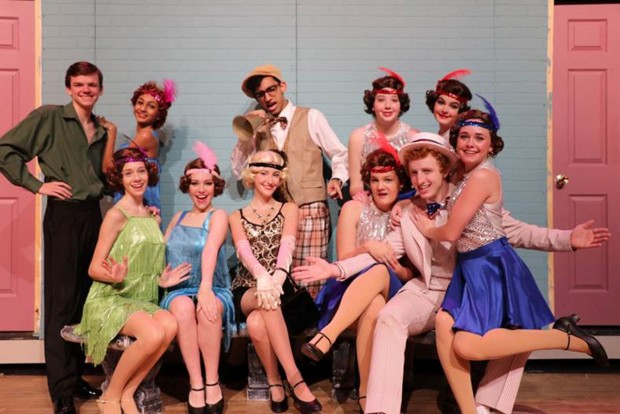 After almost four months of lots of singing and no sleep, Memorial High School has just closed a successful run of Singin’ in the Rain. The high school theatre experience is already so much different than any other show I’ve been a part of, but this, being our big musical, has brought a whole new light to my view of the world of theatre.

Starting my freshman year off in the show Urinetown, I was already given a sense of the reward and unity from being a part of this program but little did I know that Singin’ in the Rain was going to give me a thousand times more gratitude than I expected.

The volume of people I need to recognize is countless, but I’d like to start by giving a standing ovation to all the moms that have poured more time into this show than anyone else. Not only have they been at every rehearsal, but they are the reason we had the iconic costumes to wear and food in our mouths during those late nights at practice. And of course, there’s no amount of appreciation I can express to all of the seniors and juniors who have paved the path for us underclassmen for the remainder of our time in this program.

Freshman Ella Davison, one of our leads, says, “This has definitely been one of my favorite shows I’ve ever done. All the upperclassmen are so talented and inspire me to do better. I’m very excited for these next few years of shows, I know it’s only going to get better from here.”

This show was the epitome of a classic Hollywood love story mixed with the perfect amount of comedy and tap dancing. One of our directors, Tiffany Conner, and the guest choreographers from Memorial’s Markettes and TUTS made sure to feature every cast member. One of the most memorable moments in the show was created by the genius engineering skills of our technical director, Mr. Daniel Morin, who brought curtains of rain to transform the stage.

JR Ingersoll, who played Cosmo, says, “I had a real fun time and I worked really hard, but it was awesome to see the show come together as well as it did.” 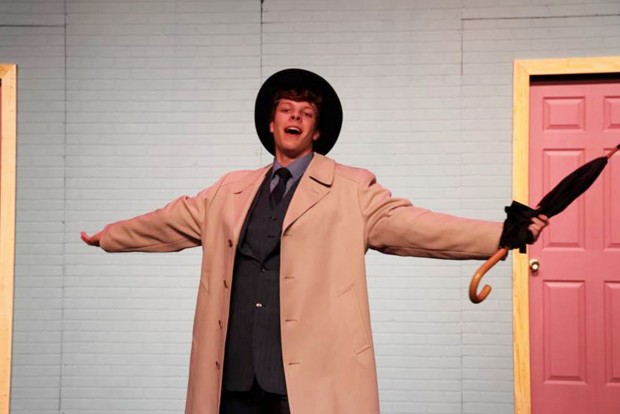 Pictured is Andrew Burke performing in Singin' in the Rain. (Photo: Scout Belt)

Despite the stress of college applications and admissions and the convenient virus (not Coronavirus) that went around right around showtime, the energy and camaraderie that came with the performances left the audience in awe every night. Our Don Lockwood, senior Andrew Burke says, “This year’s musical was definitely a challenge for me because Don was such a physically demanding role. I had to dance and sing the entire show, so I had to make sure I was physically in shape so that I wouldn’t hurt myself or get sick. Overall, Singin’ in the Rain was one of my favorite musicals and I couldn’t have asked for a better senior musical to close out my time at Memorial!”

Another one of our leads, senior Gina Bisha, who has spent all of her four years with Memorial Theatre, says, “This show has been such a great experience for me because I stepped outside of my comfort zone, made a whole bunch of new friends, made so many fun memories, and most importantly, I got to speak in a high and annoying voice.”

Spending quality time with such talented and inspiring people has allowed me to consider this program my second home. I’ve been lucky enough to find comfort, laughter and joy with a group of individuals that I now call family.