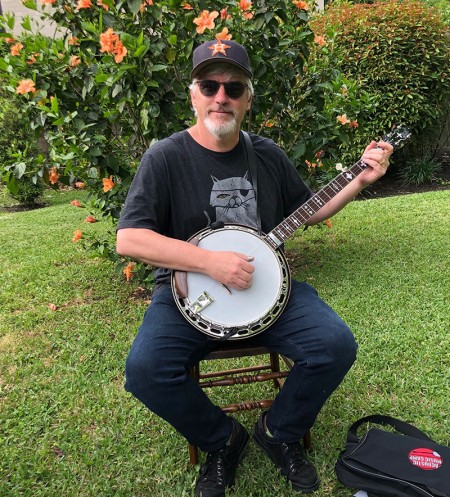 Greg Hassell learned to play the banjo after setting a New Year’s Resolution in 2002 to learn to play an instrument.

This week’s Name That Tune is brought to you by banjo player Greg Hassell! We took some time to chat with Greg to hear more about what he loves about this unique instrument. Below are excerpts from our interview with Greg.

You wrote in The Buzz Magazines [Pickin’ and Grinnin’ on Cedar Street, Jan. 2005] that you started playing the banjo after making a New Year’s resolution in 2002 to learn to play an instrument. You wrote that you’d never previously followed through on New Year’s resolutions, yet this one stuck. What helped you keep this resolution and learn to play the banjo?
I think for the first time, I really understood that talent is not the issue. You can play an instrument without having a lot of talent. You just need to give it 30 minutes a day. If you do that nearly every day, you can learn to play an instrument. It’s all about just committing the amount of time to learn […] I had never given an instrument that kind of disciplined attention. I had knocked around the guitar and enjoyed it but to this day I can’t play it well.

What do you like about playing the banjo?
It’s different. I love the guitar too, but it was unlikely that I was going to be good enough [at guitar] that people would ask me to play with them. There’s always going to be a better guitar player, but there’s not too many banjo players around. That’s the reason I chose the banjo. I also thought about the accordion, but I wasn’t sure my marriage would survive that. 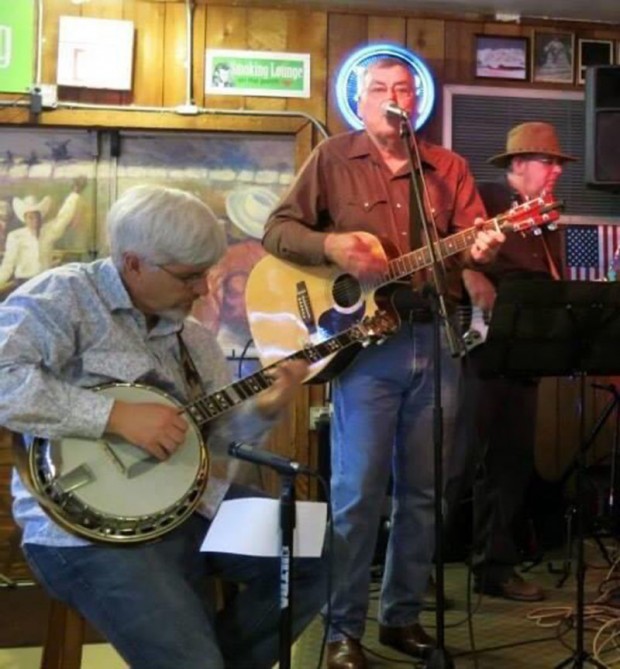 Greg Hassell (on the banjo) plays with his band at Hickory Hollow in the Heights. Other band members are Bill Prewitt (guitar), Bill Montgomery (bass), and Don Mason and Judy Minshew (not pictured).

Who have you played the banjo with?
I’ve been in a band for a dozen years. I play in a band called The Blenders. We played every month at a BBQ restaurant at the Heights [Hickory Hollow] until the restaurant closed. We still play but not as frequently. The band is a bunch of people who all worked for the [Houston] Chronicle. That’s the common denominator. Everyone worked for the Chronicle at one point. It’s been a lot of fun. If I had been playing the guitar, they would not have asked me to play with them.

Do you have a favorite type of music to play on the banjo?
I really like a lot of types of music. Of course bluegrass on the banjo is great. It’s fast, it’s fun and exciting. I really like playing stuff by singer songwriters like Bob Dylan and Johnny Cash […] songs that aren’t straight up bluegrass but that the banjo gives a nice texture to. 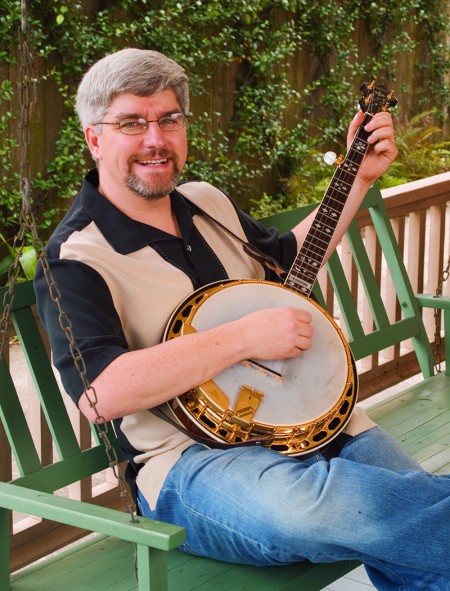 What advice would you give to someone wanting to learn how to play an instrument?
Don’t get worried about having talent, or the fact that you’re not a good player. Just give it the time it deserves. I think most people can learn an instrument they want to learn – and learn it enough to have fun […] What’s really fun about an instrument is it’s a way to have a conversation with people. There is a type of sharing that happens when you sit on the porch and play songs with people that is unlike talking or anything else. It really does have a special place.

Editor's note: Read more about our new Name That Tune series here and follow our Facebook page to play the game. Play an instrument and want to participate? Email us at [email protected].