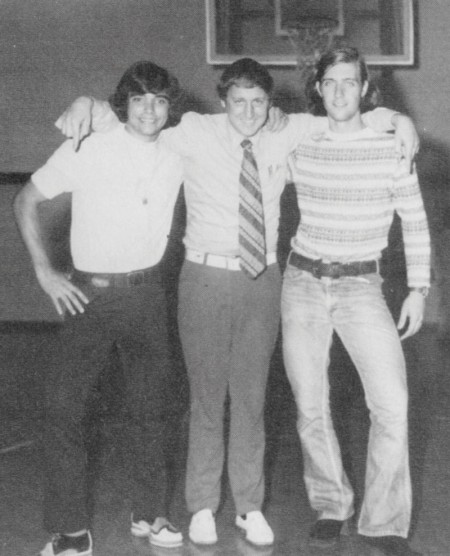 These times. 2020. Unprecedented, uncertain, unpredictable, unlike any other. I’d throw in fascinating too. This would make a great novel if we weren’t all in it.

But what about the future? Since human beings are notoriously bad at predicting it, I took a time travel back 50 years in last month’s Buzz. If there is ever a time to seek out time-honored truths, it’s now.

Last month,  I introduced you to Bobby Ezell, a teacher who taught about life, under the guise of English literature.

I never felt judged or worried about grades in his class. I was too busy soaking in the world he presented through literature. While English was always my favorite subject, for the most part, I was an average student, probably too right-brained for true-false or fill-in-the blank answers. In my world of nuance, I wanted to argue with the premise of the question.

He still has his first report card, which is a series of check marks by comments such as “Talks too much,” “Wastes Time,” and “Annoys Other Children.” Today’s Bobby Ezell gets a kick out of various versions of that same kid.

“Football players can sleep with their eyes open,” he would say. He would open class by acknowledging their preference to be with their girlfriend on a Friday night over being in English Literature at 8:30 Monday morning.

One football player, whom he remembered by name, said, “I might like Shakespeare if I understood it.” Mr. Ezell took that to heart. He would later tell his aspiring teacher-students that a teacher can inject a little magic into any subject.

“Fake blood is a great prop,” he said. He would get students to read parts in class, mixing up male and female roles or playfully typecasting the villain by asking the class to pick out the meanest person in the class. Not all classroom atmospheres are safe enough to pull something off like this.

He had control without being controlling. Janet Jones Spradling, a shy beauty with a peaches and cream complexion, still loves the nickname he gave her, “Scarface.”

Sometimes, Mr. Ezell wouldn’t come to class as himself, but as the Shakespeare character of the moment. “I’m sorry Mr. Ezell couldn’t be here today. My name is Macbeth, and I will be your substitute.”

A fellow classmate, Pat Mikulin, has written and performed music most of his life. Pat said Mr. Ezell was the first adult who showed appreciation for his songwriting. “He made me feel safe, like an adult, an equal. He wasn’t condescending. He opened up his world for me to come in and experience.”

Mr. Ezell had a personal humility that made him approachable. His early life of deep East Texas poverty is something he shared with me recently. He was born in 1943, in Freestone County. He lived in a house with no electricity, no indoor bathroom and no car. He says the subject of catching a ride was constant family discussion.

“I had heard of a place called school, but I wasn’t sure I would be able to attend because the idea of going some place every day was out of the question,” he said. At the age of 5, he asked his mother if he would go to school. He has a vivid memory of her answer.

“She said, ‘Yes,’ and she explained to me that there was a yellow and black school bus that came by our house each morning about 7:40 a.m. To assure me, mother would have me sit each morning and watch out the windows and when the bus passed by, Mother would say, ‘Bobby, next year you will be able to catch that bus and go to school.’

“I remember many, many mornings of watching for that bus. Something special happened as I watched.” He learned that hope can come in a yellow and black school bus.

He uses the word “learned” a lot.

It never occurred to me until our recent talk that learning can actually be an antidote for sadness. He shared a quote from The Once and Future King by T.H. White on the adventures of King Arthur and the magician Merlin.

“The best thing for being sad,”replied Merlin, beginning to puff and blow, “is to learn something.  That’s the only thing that never fails…. Learn why the world wags and what wags it. That is the only thing which the mind can never exhaust, never alienate, never be tortured by, never fear or distrust and never dream of regretting. Learning is the only thing for you. Look, what a lot of things there are to learn.”