Looking for a Good Mystery Series?: Updated, One Year Later 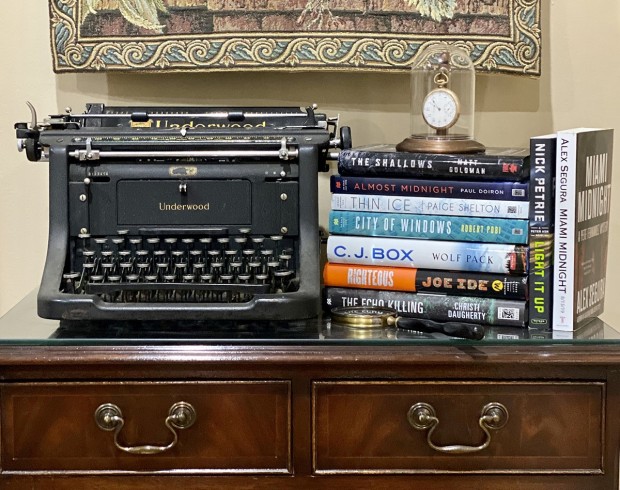 Need something to read? Pick up the first in a mystery series.

Recently, for this column’s one-year anniversary, I highlighted my top 10 most-read Page Turners pieces. While I knew several articles would make the list based on the response that they initially received, I was surprised and pleased that my two articles on mystery series both reached the top 10. As a die-hard mystery fan, that genre constitutes a significant portion of what I read, and I love to share my favorites with others. Accordingly, I decided to update this article, including the originals plus some new series that I discovered in the past 12 months.

Finding a fabulous new mystery series is so much fun, especially if there are a number of titles. A unique protagonist or a locale with which I am not very familiar usually catches my attention, but I also enjoy a straight-forward police procedural/private investigator tale. And the great thing about reading a series is that picking my next book is a lot easier – I just move onto the next one.

When I started writing the first mystery series article, I realized that my list of stellar mystery series was quite lengthy, too many for one article. So I divided them into two articles: those set in the United States, in both urban and rural settings and those mysteries set in another country or with historical settings. For this update, I stayed with that format and added some new or new-to-me gems. This article covers the former group.

My favorite contemporary mystery series in an urban American setting:

Share your favorite mystery series in the comments or shoot me an email at [email protected].

Conversations from a Page is hosting an As the Page Turns book discussion over Zoom for The Last Flight by Julie Clark on Sept. 24, 11 a.m. and for Musical Chairs by Amy Poeppel on Nov. 17 at 11 a.m. (5 or $30 for an annual pass). Find more details here. For more book recommendations and bookish thoughts, see Cindy’s Thoughts from a Page Podcast or follow @ThoughtsFromaPage on Instagram. See Cindy's monthly Buzz Reads column here.