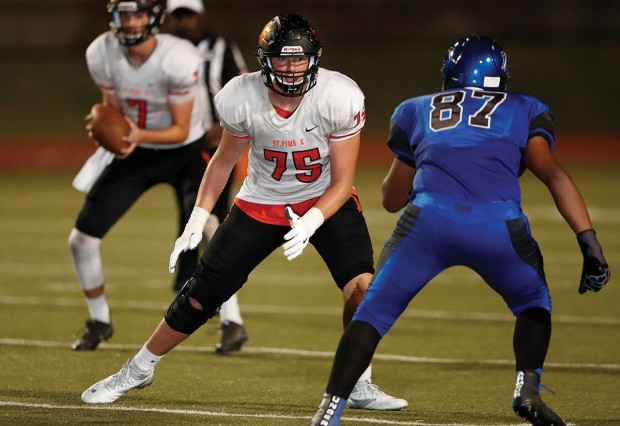 With a young and deeply talented lineup, the St. Pius X Panthers could be flashing back to the glory days of St. Pius football.

“They’ve bought into each other, our coaching staff, and really our school and its legacy,” said Panthers athletic director Jason Kimball. “We have 12 state championships in our rich history, and the core of this group may have a shot at bringing us our first title since 2007.”

The Panthers are led by 6-5 sophomore quarterback sensation Grant Gunnel, who guided the offense to an average of 53 points a game through a 6-0 start. “From his leadership to his physical abilities, Grant has all the attributes you’d want in a quarterback,” said Kimball. “Dating back to Gary Kubiak, to two-time state champion Billy Noonan and more recently Kohl Stewart, Grant has continued the legacy of great quarterbacks at our school.”

Adding to the Panthers’ firepower is the receiving duo of juniors Jacob Jefferson and Bryson Jackson. “That’s a dynamic one-two punch,” said Kimball. Senior guard R.J. Clayborn heads up a powerful offensive line while sophomore running back Justin Hull has emerged into an offensive weapon. 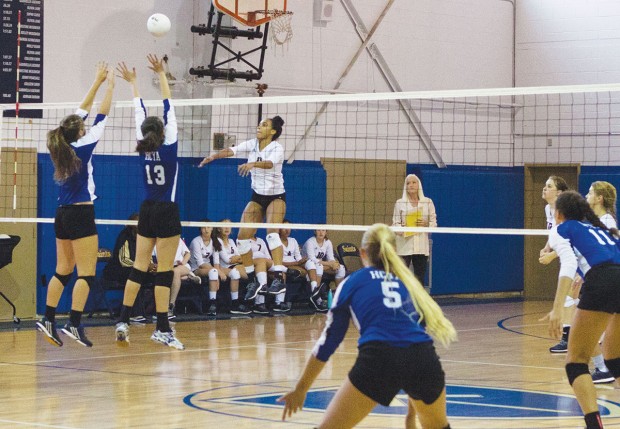 SOARING SAINTS Saint Thomas’ Episcopal School setter Kathleen Johnson (far court) reaches great heights to score a point for her team. The STE Saints are ranked among the top TAPPS 4A volleyball teams in the state.

After advancing to the state finals last season, the Saint Thomas’ Episcopal volleyball team is on track for another successful season. “I definitely think we can make another deep playoff run even though we’ve moved up from TAPPS 3A to TAPPS 4A this season,” said STE head coach Kayle Ray. The move up certainly hadn’t fazed the Saints well into the district season, with STE winning its first 10 district games of the season.

“We played in some of the region’s best public-school tournaments, including Pearland and Spring Branch ISD, which has prepared us for district and beyond,” said Ray. “We also beat some big public schools such as Mayde Creek, Texas City and Fort Bend Elkins. I’m a firm believer in a tough pre-season schedule.”

STE is well prepared, thanks in big part to the return of four key starters from last season’s state finalists, including 6-1 middle blocker Gia Petties. Petties was the district’s top player the last two seasons and has committed to play collegiately at West Texas A&M.  “I’m really proud of Gia,” said Ray. “She’s just an awesome kid all the way round.”

In addition, Ray credited the outstanding play of sophomore setter Kathleen Johnson, senior setter Rachel Nolte and senior outside hitter Jordan Allen. “Kathleen is an incredible athlete and tremendous club player, while Jordan provides the consistency for our lineup, and Rachel is a really smart player with a load of positive energy. We’re ranked seventh in the state in TAPPS 4A even though we only have six players total on the team. Most of the girls have had to learn new positions, and they’ve really stepped up their game.” 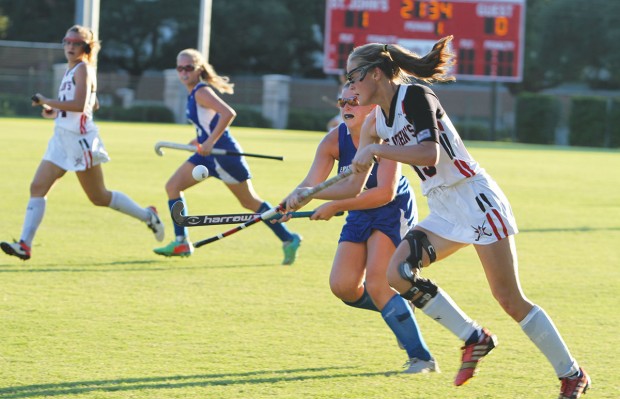 MIGHTY STICKS St. John’s School midfielder Isabel Windham is one of several Mavericks who are being recruited to play field hockey at the collegiate level. Having won three of the last five SPC championships, St. John’s is a statewide powerhouse in the sport of field hockey.

With three SPC championships in the last five seasons, the St. John’s School girls’ field hockey team has established itself as a statewide powerhouse. This season, the Mavericks opened with 10 consecutive victories, and looked primed and ready to bring home another SPC championship. “We’re an extremely athletic team,” said St. John’s girls field hockey head coach Craig Chambers. “It’s a talented lineup, with many of the girls set to play field hockey and even other sports at the collegiate level.”

In fact, seniors Reese Vogel, Emily Pedric and Sarah Grace Ritter will play college field hockey, while fellow seniors and twins Kate and Carson Copeland will play lacrosse at the next level, and another senior, Grace Wilson, is being recruited for golf.

In addition, junior Audry Ledbetter has verbally committed to play field hockey, while fellow junior Isabel Windham is already being recruited a number of colleges. “From top to bottom, we just have a really deep and balanced roster,” said Chambers. “Of the 20 players on our team, 14 of them play club field hockey. We’re fortunate to have a tremendous amount of depth, with an extremely fast and skilled group of players.”