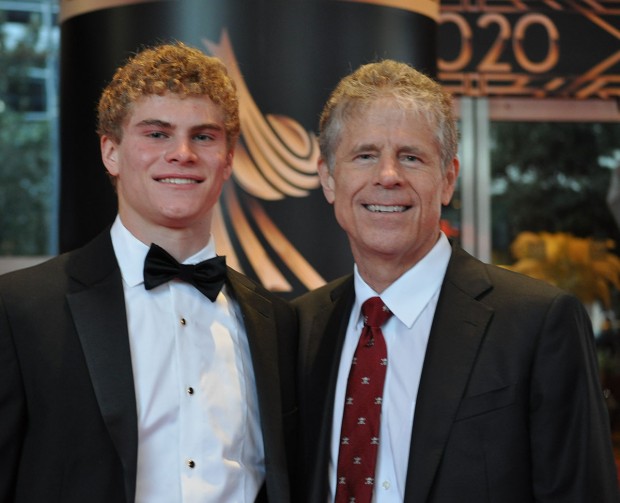 On a star-studded red carpet, the who’s-who of Houston sports descended upon the Hilton Americas-Houston Tuesday night for the third annual Houston Sports Awards, a roaring 20s-themed, glitzy affair.

Strake Jesuit alum Matthew Boling, who set the national high school record for the 100-meter dash, could hardly believe he was among some of the most legendary athletes walking the red carpet. That same carpet welcomed the likes of five-time Olympic medalist Mary Lou Retton, former Houston Rockets player and coach Rudy Tomjanovich and four-time Olympian Carl Lewis.

Boling, now a freshman at Georgia, took his time on the aisle, shaking hands with other athletes and pausing for interviews with the press. “It’s incredible to be on the red carpet with all these amazing Houston athletes,” said the tall blonde, whose parents, girlfriend and Strake Jesuit coaches came out to support him, as Matthew took home the High School Athlete of the Year award. (Read more about Matthew and his brother Michael here.) 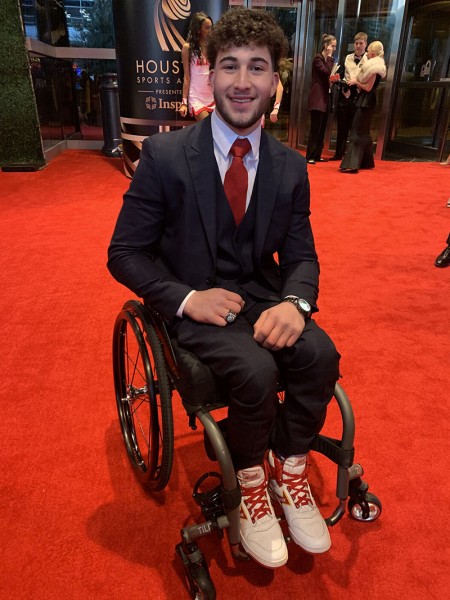 Other young athletes who were recognized included Peter Berry, the 18-year-old Emery/Weiner senior, who helped lead TIRR Memorial Hermann’s Junior Hotwheels basketball team to three national titles since 2013 and one national softball title. After losing the use of his legs following a car crash that took both his parents’ lives in 2011, Berry dedicated himself to wheelchair basketball and has become a Houston sports icon. Starting this fall, he’ll be playing for two-time defending national wheelchair champion, University of Alabama.

Peter Berry accepted the first Inspiration Award at the 2020 Houston Sports Awards. After losing the use of his legs following a car crash that took both his parents’ lives in 2011, Berry dedicated himself to wheelchair basketball. Berry accepted the award from Houston Texans’ player J.J. Watt, one of his sports idols. The two share a special connection. (Video courtesy of Harris County-Houston Sports Authority.

“Thank you for this award and for the opportunity and privilege to be a conduit through which the amazing and giving sport of wheelchair basketball is being showcased,” Berry said after accepting the award from Houston Texans’ player J.J. Watt, one of his sports idols. Upon learning of the Berry family’s accident through Twitter, J.J. Watt had visited the family in the hospital. The two have since shared a special relationship.

The focus of the night was largely on three icons – Olympic gold medalists Carl Lewis and Mary Lou Retton plus former Houston Rockets coach and player Rudy Tomjanovich – who were inducted into the 2020 Class of the Houston Sports Hall of Fame. The selections were made by the Harris County-Houston Sports Authority, which sponsors the annual event. See a video of the Hall of Fame induction here. 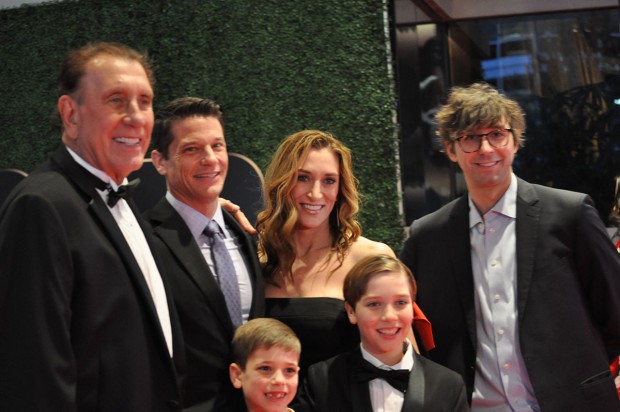 Rudy Tomjanovich, who coached the Houston Rockets to NBA titles in 1994 and 1995, was inducted into the Houston Hall of Fame. Here he is pictured with his family on the red carpet. (Photo: Pooja Salhotra)

Retton, who was introduced Tuesday evening by her daughters, gracefully accepted the honor of becoming the first woman to join the Houston Hall of Fame, the same way she became the first American woman to win Olympic gold in the all-round gymnastics competition back in 1984.

In her acceptance speech, the petite and fiery woman said she is proud of the legacy she has left in the world of gymnastics.

“Bella [my gymnastics coach] used to always say: ‘Mary Lou – not quite the butterfly.’ I wasn’t. I was that strong, powerful explosive gymnast, and you fast forward and that’s where gymnastics is,” Retton said. “I’m proud of that, and I’m proud to be the first woman Houston has inducted into this Hall of Fame.” 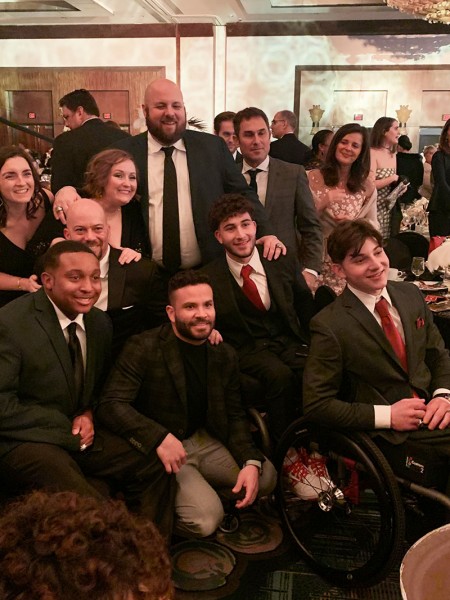 Also honored was the late Robert C. McNair, the man credited with bringing the NFL back to Houston and for helping the city host Super Bowl in 2004 and 2017. McNair was honored with the Lifetime Achievement Award, presented by long-time friend Jerry Jones, owner of the Dallas Cowboys. McNair’s son Cal, Chairman and CEO of the Houston Texans, accepted the award on behalf of his father, who passed away in 2018 after a five-year battle with cancer.

Here are all of the winners of the 2020 Houston Sports Awards: 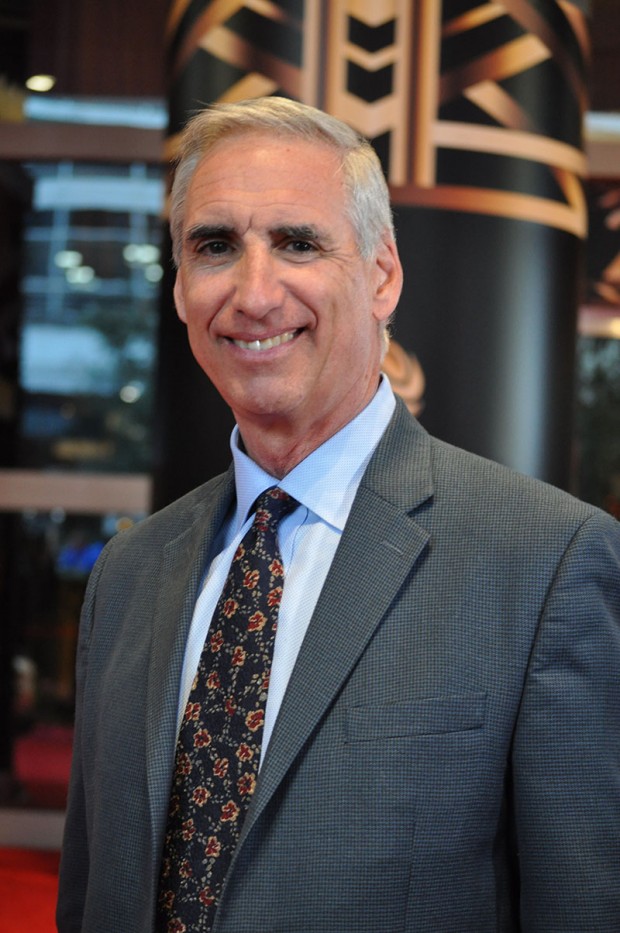 Former Houston Oilers quarterback and past president of the Houston Dynamo Oliver Luck was in attendance. He’s currently the CEO of the XFL (and proud dad of Andrew Luck). (See this August 2008 story on the Luck family.) (Photo: Pooja Salhotra) 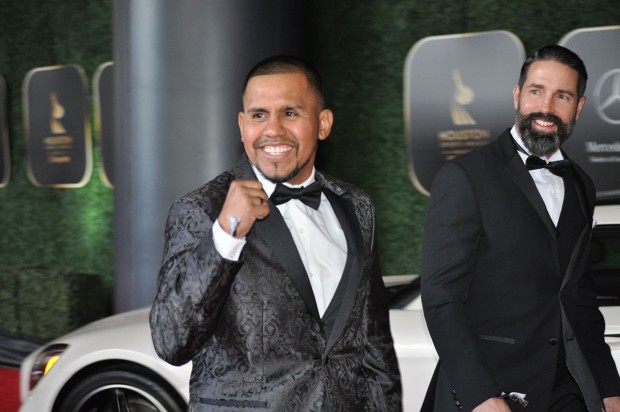 Juan “Baby Bull” Diaz, professional boxer who graduated from the University of Houston-Downtown, makes his way down the red carpet. (Photo: Pooja Salhotra) 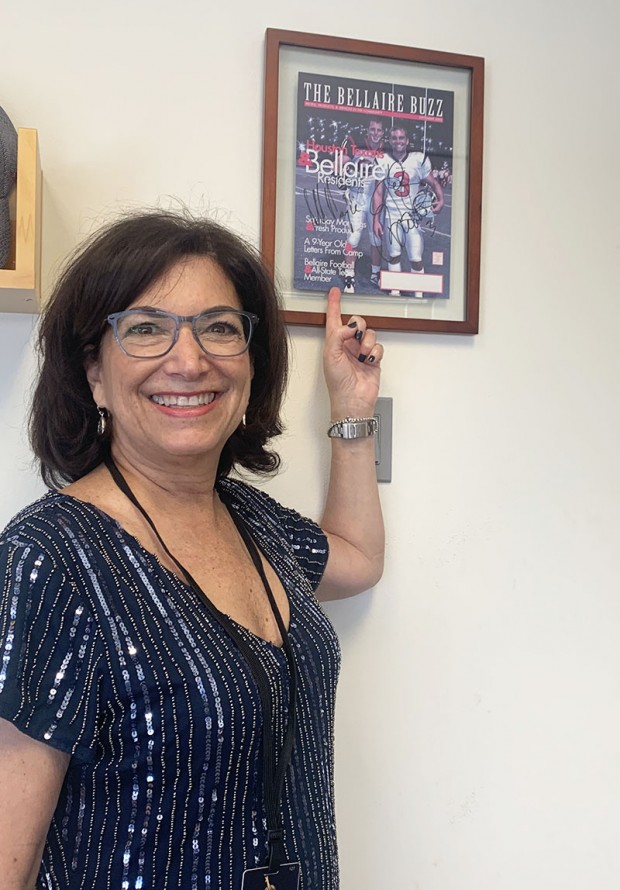 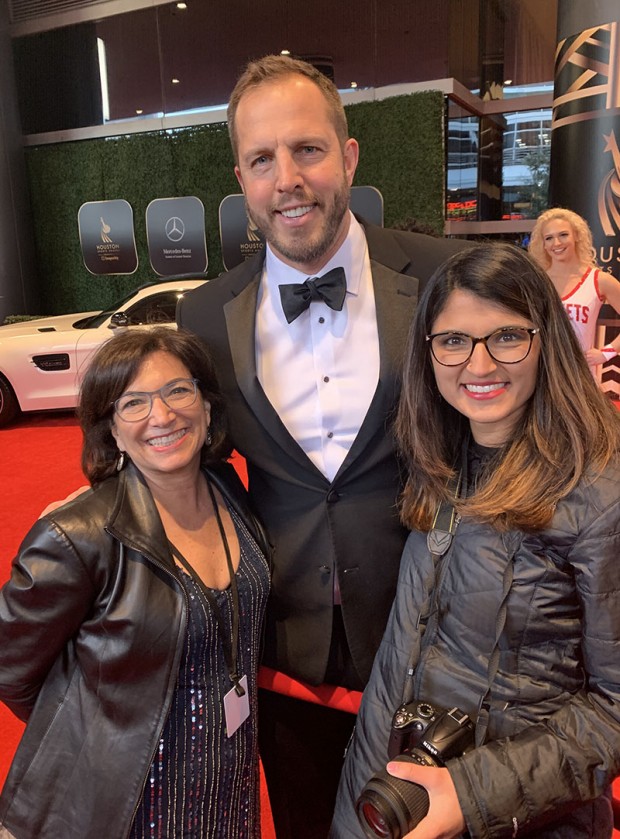 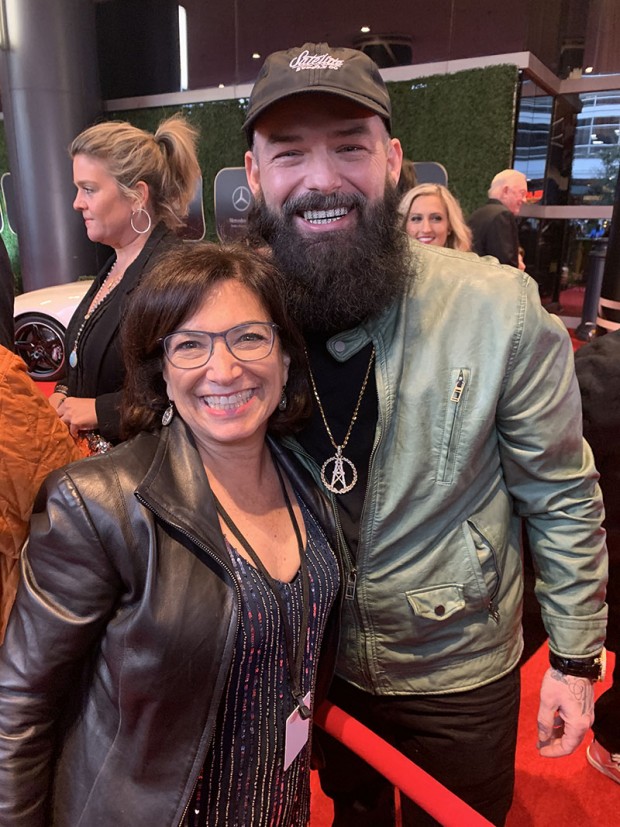 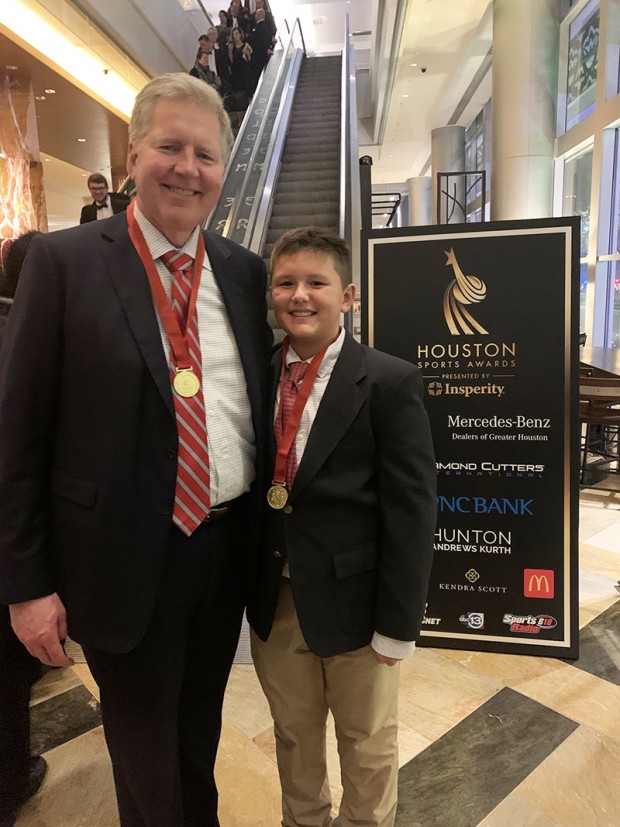 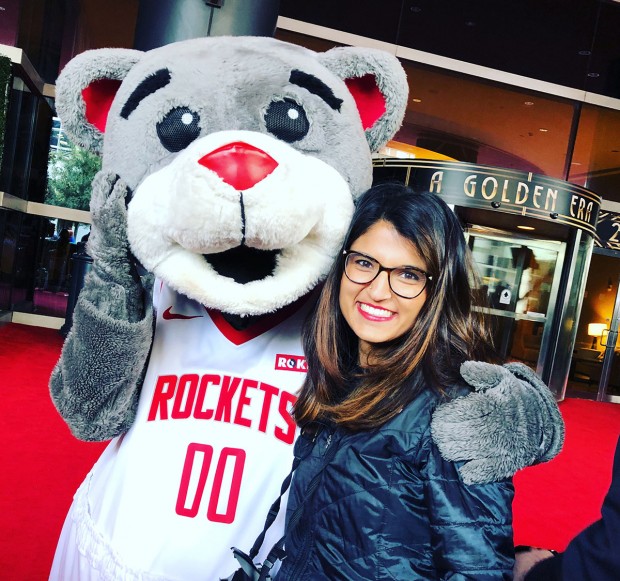 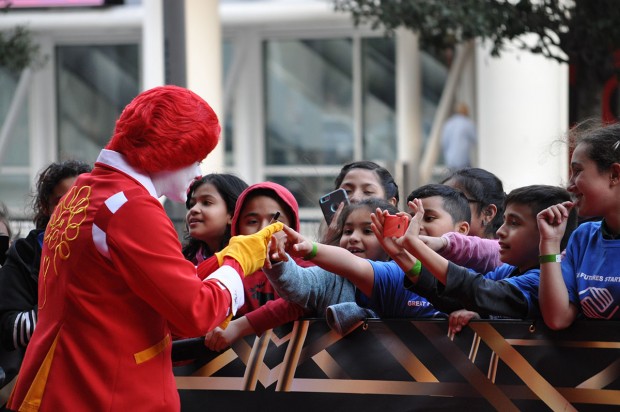