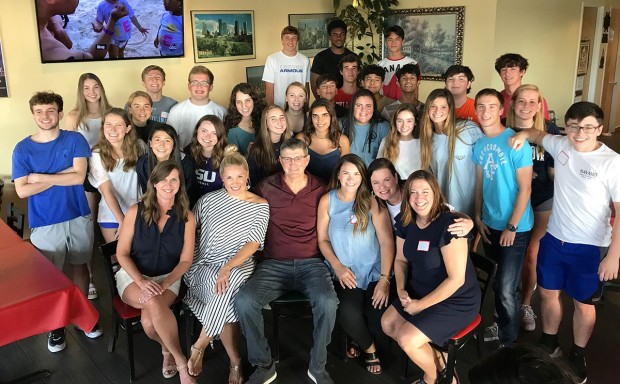 When it’s 2007 and you’re a 5-year-old kindergartener (or their 30-something parent), the year 2020 sounds far, far away in the future. But then you wake up one day and suddenly you’re starting your senior year of high school as a proud member of the Class of 2020.

Parents and siblings joined in the reunion, which was held at Fuzzy’s Pizza in Bellaire. Yearbooks were passed around to help remember what everyone used to look like or see just how bad some of the haircuts were. 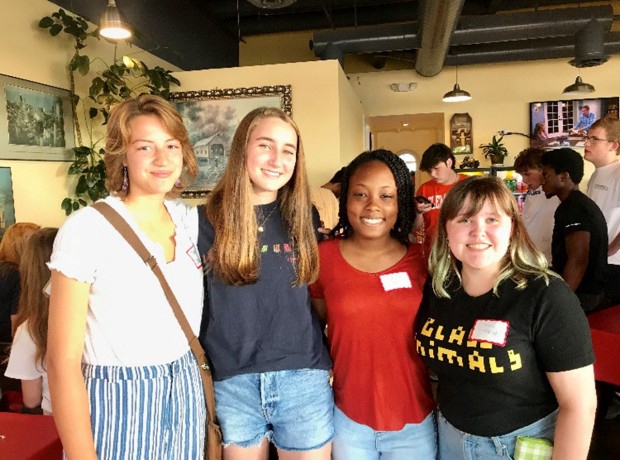 Numerous parents whispered to each other, “Who is that?” about various bearded and deep-voiced men, as well as perfectly mascaraed ladies. And then the adults smiled in disbelief when they realized who the mystery person was and had to laugh remembering those same sweet smiles - without any front teeth!

A few things overheard…
“I remember that in second grade, all you would wear is Crocs!”
“How about the one time it happened to snow in Houston during school and that substitute wouldn’t let us go play in the snow.”
“Remember all those beach balls we blew up for the kindergarten pool party?”
A beaming 17-year-old boy, “I haven’t seen these people in years!”
“Every day at recess we would work on digging that hole by the fence so we could escape one day.”
“The time you fell off the monkey bars and broke your arm. Ouch!” 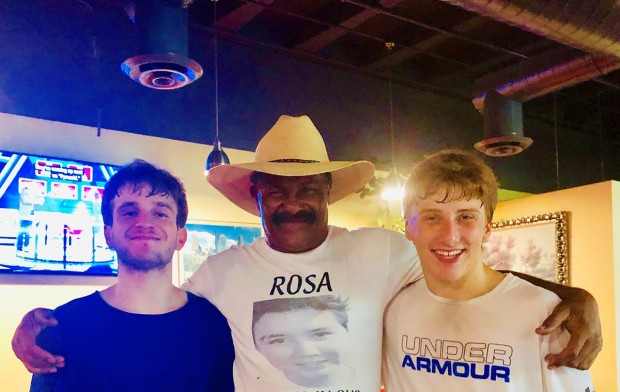 Toward the end of  the party, some of the boys asked if they could head over to Condit to play basketball. For a brief moment, the parents got ready to grab their keys and coordinate who’s driving which kids in which cars, but then suddenly remembered…. “Oh, yeah. They don’t need us to drive anymore. They drive themselves!” The parents watched as the smiling group piled into assorted vehicles to go hang out at their old stomping grounds at 7000 S. 3rd Street.

It was a wonderful happy ending to the evening as these 2007 Condit Cat kindergartners prepare to start their exciting and challenging next chapter as 2020 seniors. For this moment, they’re perfectly content to be laughing and running around and playing with classmates who became lifelong friends. Right back to the place where their story started on that first day of school over a decade ago…the Condit playground.